I continue to reorganise my Airfix and other WW2 soldiers. This time I have re-based my Airfix German infantry and painted up some more of my Roco Minitanks to create a combined arms force. I have not given the elements a particular designation as in different scenarios they could be used for different size units. For example, a tank unit of 4 tanks could be a platoon, a company or even a larger formation.

Here is an overview of the whole force: 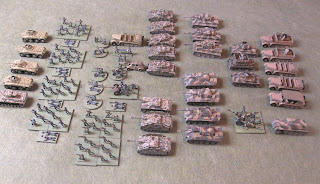 The battle group consists of infantry, three units, a unit of assault guns, two units of medium tanks and a unit of heavy tanks. In support is a recce unit, an artillery unit (I need more of these) an anti aircraft unit and finally some transport. 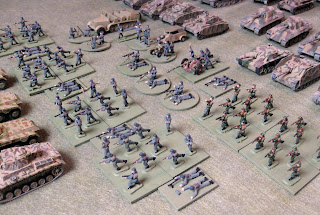 There is supporting machine gun, mortar and anti-tank units: 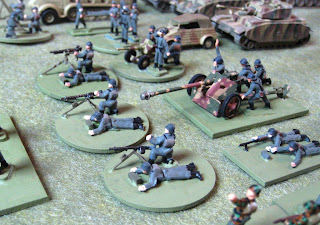 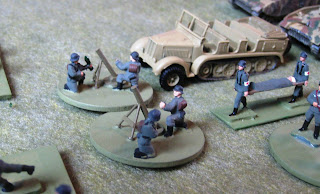 Supporting the infantry is a unit of Stug III assault guns; the picture also shows one of the medium tank units equipped with Panthers: 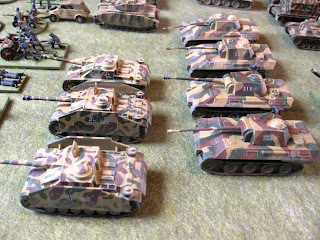 The other medium tank unit is made up of Panzer MK IVs: 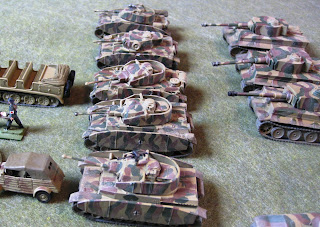 And the heavy tank unit is equipped with Tiger 1s: 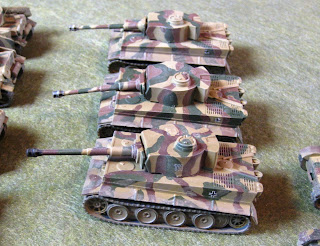 Out in front of the battle group is my reconnaissance unit: 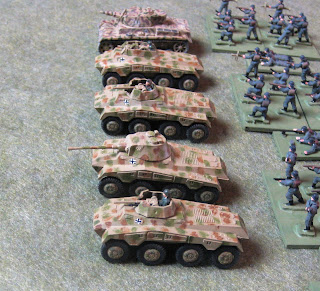 At the moment I only have one artillery unit; I probably need some more. This is a 150mm gun unit: 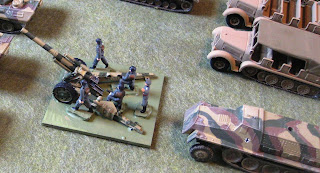 Also in support is a self propelled anti-aircraft unit with 20mm and 37mm tracked guns: 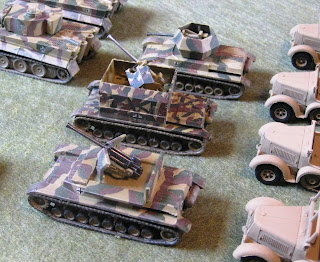 Transport is provided by a number of half tracks.

I plan to organise my soviet army along similar lines and I thought it might be a good idea to fight a series of actions as part of a campaign with the two forces spread over a map - more thinking required!