I have now finished my British WW1 force, based upon Airfix figures.They will represent a 1914 Division, with three brigades, supporting artillery and cavalry. I have also produced some casualty markers for the game: 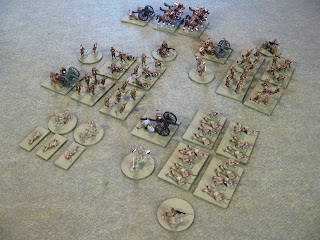 The cavalry were made from adapting the Airfix RHA outriders: 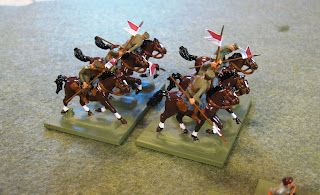 Each Brigade consists of a command element, a machine gun unit and four stands representing each of the four infantry battalions. 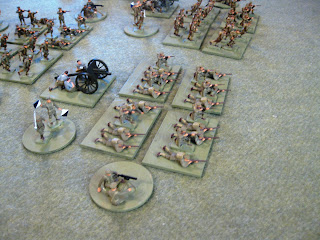 This structure can be adapted to represent a single brigade or a battalion for tactical games.

I have made good progress with the Germans too. I have completed the artillery, a large part of the infantry and some of the support elements.