My Spanish and French napoleonics made their first outing into the field with this all Warrior Miniatures outing - the battle of San Ignacio Bridge.  The scenario is made up and depicts a rear guard stand by elements of the retreating Spanish army, that occurs on a river crossing at the small village of San Ignacio. The fast flowing river can only be crossed by the bridge and via a ford further up stream. A Spanish force consisting of five battalions of infantry, three regiments of cavalry and two artillery batteries is deployed along the home bank of the river, apart from the town itself, which is defended by the Spanish Regiment Muerte: 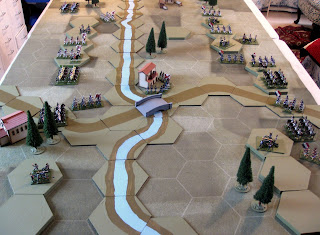 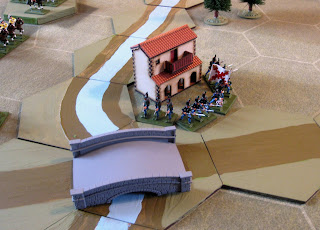 The French in pursuit are not far behind arriving on the field with a cavalry and artillery heavy force and a mix of line, light and grenadier infantry. 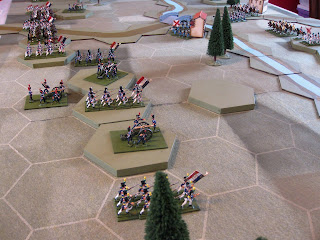 Te action begins on the left, with a French assault against San Ignacio by two battalions of infantry, supported by artillery: 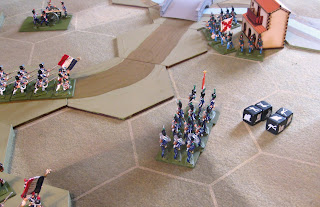 The Spanish defenders in the town fight hard causing heavy casualties amongst the French and forcing them back several times. The Spanish move a second battalion up to the bridge to reinforce the defenders: 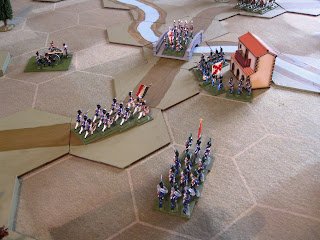 But, the weight of the French attack eventually sees the defence of the town crumble and the reinforcements thrown back across the river: 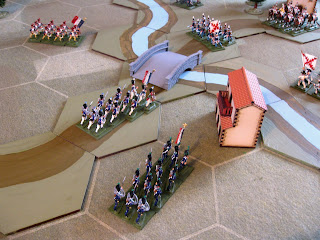 The French attack pulls in more Spanish reserves and the Spanish heavy cavalry and additional infantry begin to move forwards: 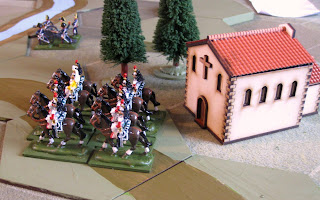 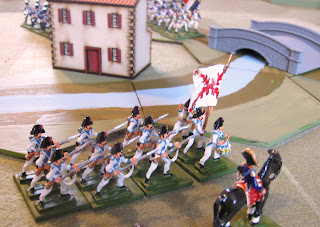 The Spanish Cuirassiers counter attack over the bridge in an attempt to throw back the French infantry, however, the French form a square and the attack is thwarted. 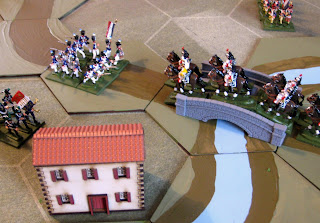 The Spanish heavies pull back over the river.


Meanwhile over on the French right flank an attempt is made to force the ford, which is more lightly defended: 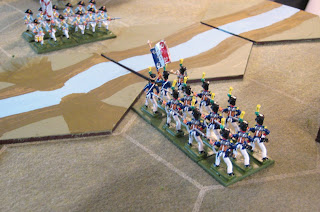 Again the French attack is blunted by Spanish infantry. However, the French reform and supported by cavalry and artillery a second reinforced attack forces back the Spanish: 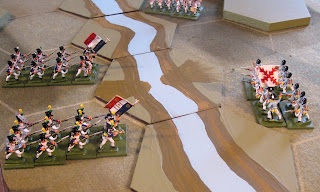 The remaining Spanish reserves are rapidly deployed to bolster the defence of the ford as the battle sways to and fro. The French so far fail to cross the river: 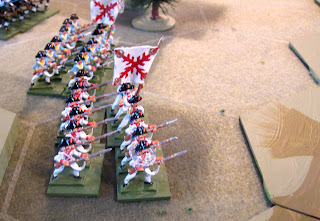 Back on the French left flank a combined infantry and cavalry assault begins over the bridge at San Ignacio: 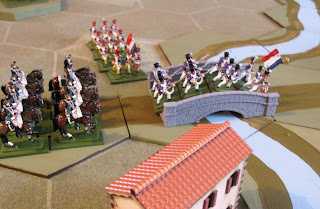 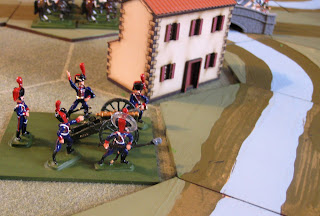 The attack is met by volleys from the Spanish defenders: 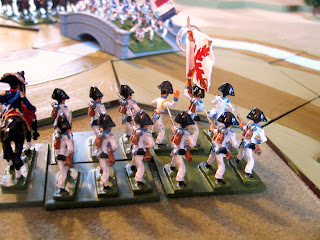 However, the French infantry storm over the bridge and the Spanish infantry break and rout off the field: 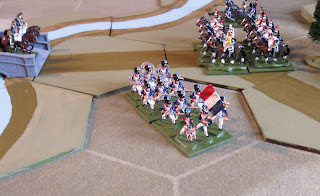 The french have secured the town and captured the bridge, but they badly bruised French infantry have little time to enjoy success as they are swept away by a Spanish dragoons: 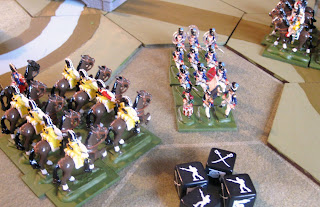 The French try again, sending a regiment of dragoons headlong over the bridge, but they are attacked on two flanks by Spanish heavy cavalry and wiped out: 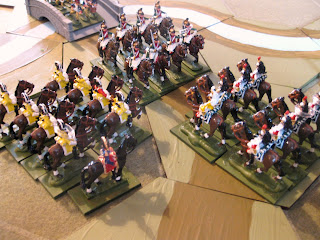 The Spanish cling on to their hold of the river crossings, but casualties are mounting.

Back on the right flank a renewed French assault finally breaks the Spanish infantry when French cavalry smash one of the Spanish battalions: 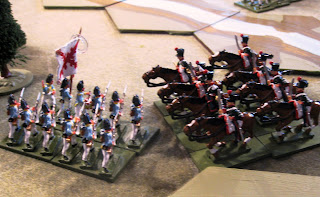 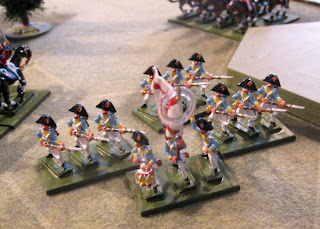 It looks as though the Spanish left is about to collapse, but a timely charge by the Spanish Hussars sees off the French cavalry and checks the French infantry, who are forced into square formation: 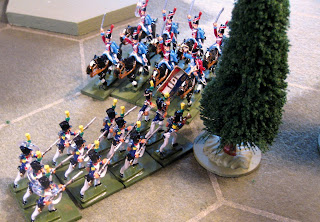 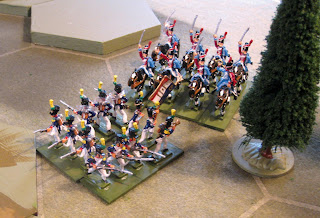 Meanwhile over on the left, the French commit their reserve, guard grenadiers and a second dragoon regiment. This, along with artillery fire, depletes the remaining Spanish defending the bridge: 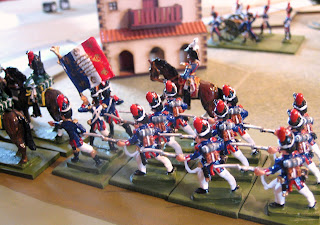 A French victory is secured when the gallant Spanish hussars are cut down by musket fire from the squares. They break and the Spanish left flank collapses: 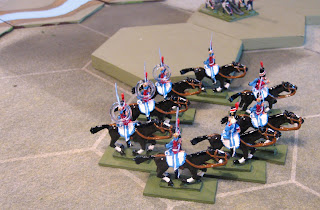 The Spanish capitulate, having fought hard and bought precious time for the retreating army. The French pursuit is blunted too. However, the French are victorious on this occasion.