Back from my hols, I had much fun completing this scenario, which I set up before I departed. The game is based upon the Command and Colors scenario and can be found in the Napoleonic section.

Essentially, the Americans established a very strong defence of the creek to prevent the British crossing the three fords; however, they failed to spot a British flanking attack that had crossed further along the Brandywine Creek. This is where the battle starts, with the British appearing on the edge of the American right. The map below shows the American dispositions along the creek: 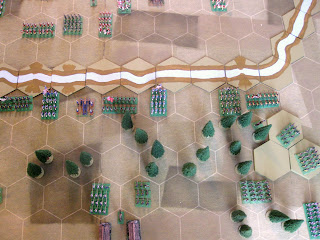 Only at the last minute did the Americans deploy forces onto the high ground on their right to counter this threat. 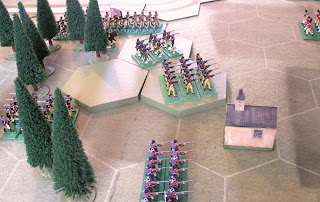 The British flanking force consisting of Grenadiers, artillery and line troops comes into view and heads towards the Americans deployed on the high ground: 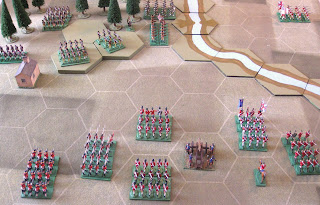 This is where the action is concentrated, with a stiff fight for the slopes, but the Americans are quickly overwhelmed and pull back: 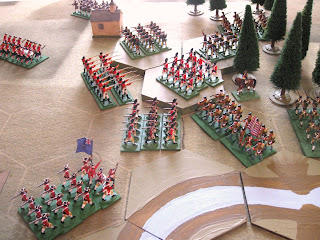 In order to prevent the Americans from reinforcing their right with troops from the main position, the British on the far bank of the creek advance to pin the Americans to the bank: 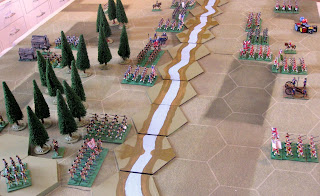 And they engage the Americans across the river: 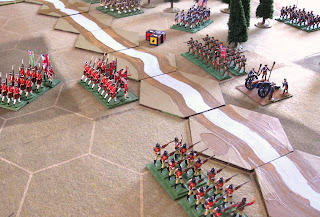 The battle along the creek swings to and fro. Some British units are forced back by the heavy fire from the home bank: 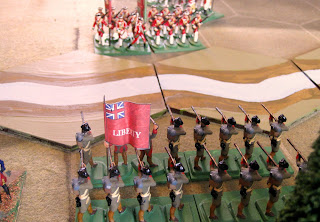 But, two American Regiments are also forces into retreat: 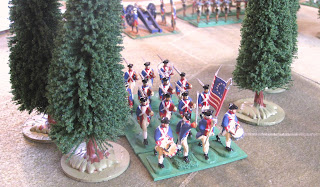 With the Americans fighting on two fronts only a dribble of reinforcements make it to the right flank, where they account for one of the Grenadier regiments, but they cannot withstand the British attack. A brave stand is made in a gap between two woods: 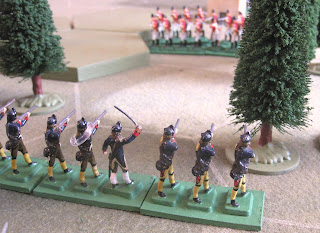 However, the American right flank begins to crumble as the British continue to push through into the woods: 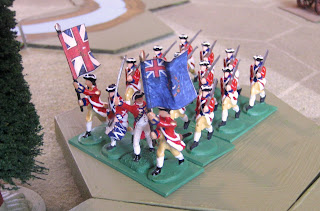 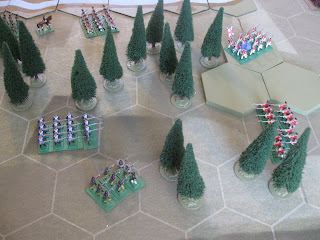 The Americans finally give way and the British win the day. On this occasion the dice favoured the red coats, but it could have gone the other way quite easily.