Continuing to reorganise my old Airfix soldiers, it is the turn of the 8th Army.  I really like these figures as there is so much potential for conversion jobs, to upgrade existing and create new weapons that are not included in the set.  I have used a few matchbox figures, especially their mortar teams. I have also scratch built some 2 pdr anti tank guns: 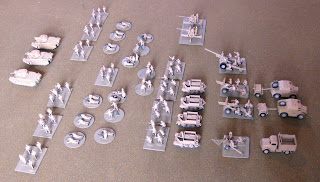 The tanks are by EKO, similar to ROCO minitanks: 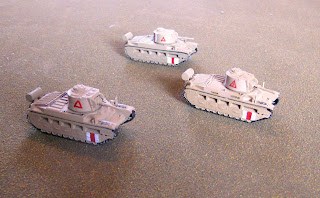 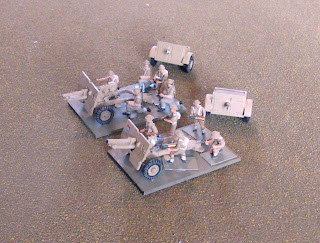 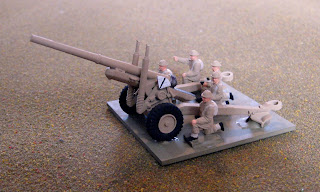 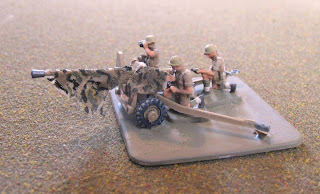 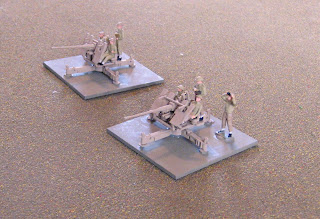 Then, best of all, we have the infantry. I just love these advancing figures: 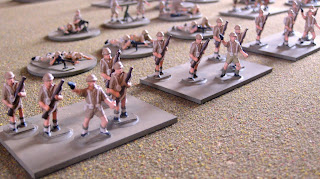 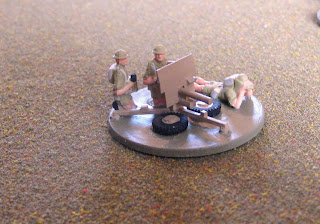 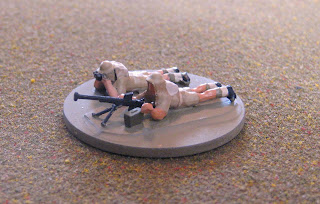 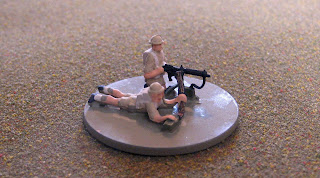 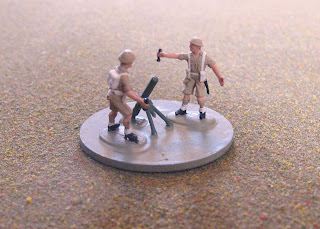 In addition there is a motorised battalion, with mostly Matchbox figures: 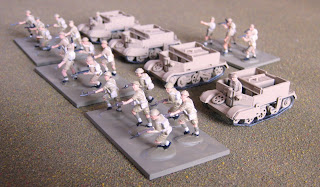 And last but not least some sappers: 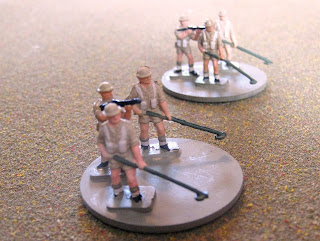