Continuing my emphasis on gaming rather than painting, has led me to delve deeper into those old storage boxes for figures.  I have always wanted to play a game involving paratroops, and Memoir '44 provides the opportunity to refight some of the bigger actions on a small table.

I decided to use an adaptation of an unofficial Memoir '44 game that I found on line, set up on a 6 x 4 table using 1/72 scale figures and vehicles.  Looking at the scenario it would appear to represent the situation around 19 September 1944 (two days into the operation), with the town of Arnhem, the village of Oosterbeek and the drop zone being held by the paras in distinct salients. The Germans, made up from elements of 9 and 10 SS Divisions  plus others are advancing on the surrounded British.  Here is the initial set up overview: 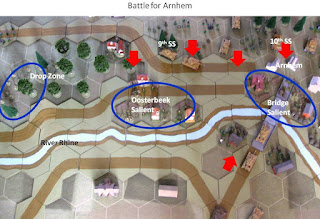 The area of the bridge: 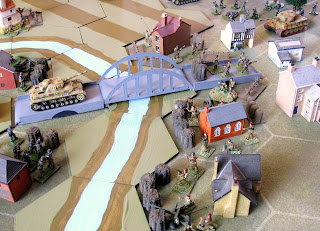 The area of Oosterbeek: 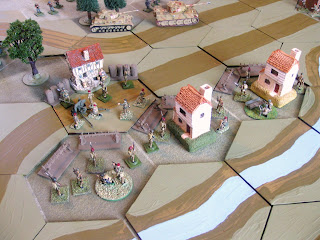 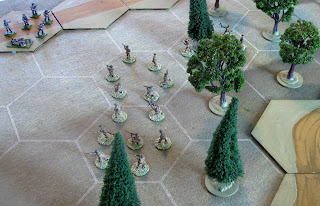 And the German main position: 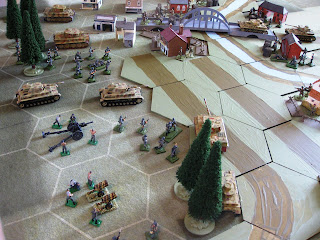 The germans have a lot of tanks, a mix of Tigers and Panzer IVs, supported by artillery, while the paratroopers have a few anti tanks guns and some light artillery and mortars.

The tanks are mostly Airfix types and the troops are a mix of old Hinchliffe 20mm, some MLR and various plastic figures.