Domestic matters and travels have delayed my reporting of this battle; however. today I managed to finish it off, and what an epic struggle it turned out to be!

With 10 tanks, lots of artillery and infantry, I fully expected the Germans to romp through the paratroopers positions. On this basis most of the German early moves and activation points were used up moving and fighting with tanks. However; after a few moves it was clear that tanks were not at all effective in close combat in built up areas and they paid a heavy price.

First blood went to the paratroopers when a Panzer IV attempted to rush the bridge: 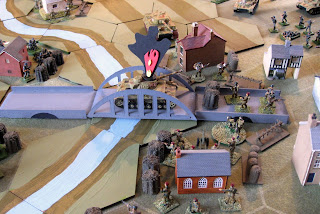 And an attempt to rush the drop zone was beaten off by the defending British: 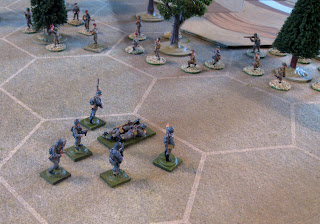 Armour attacking in the centre towards Oosterbeek also came to grief: 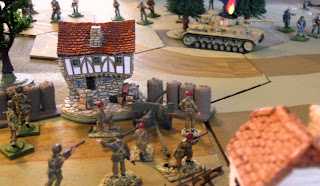 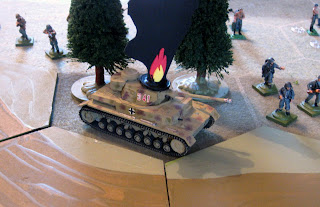 A German combined artillery, tank and infantry assault on Arnhem town had more success and part of the town near the bridge fell to the Germans: 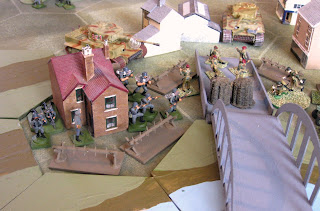 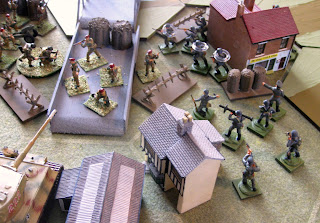 However, counter attacks by the paratroopers cleared the German infantry out of the town and accounted for another German tank: 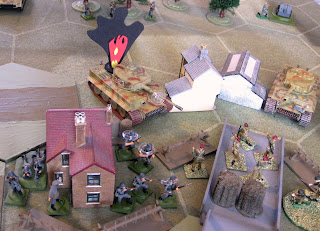 The paratroopers were back in control of the north side of the bridge:

Meanwhile over in the area of Oosterbeek German artillery and infantry attacks allowed the Germans to gain a foothold, cutting off the paratroopers link to the bridge: 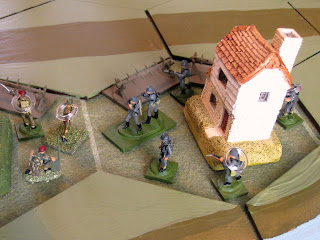 In the next turn the British abandoned the drop zone and moved reinforcements towards Oosterbeek; a brisk firefight removed some SS troops out of the woods: 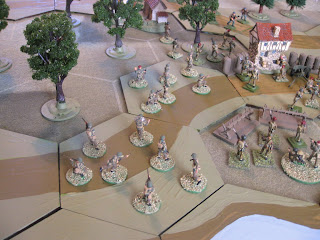 On their next turn, having suffered more casualties from the German artillery fire, the paratroopers counter attacked the Germans that had captured part of Oosterbeek, quickly regaining the east of the village.

The Germans then made an all out effort to take Arnhem and capture the bridge. A combined attack from the North and South sides saw the Germans at last in possession of the key terrain, the bridge itself:

During the next couple of moves the battle raged in the town of Arnhem around the bridge.  The German attack was destroyed and the paratroopers reoccupied the Bridge.

At this point, with three tanks destroyed along with five infantry units the German exhaustion point had been reached. Suddenly on the cusp of being defeated the British managed to steal an 8 - 5 victory. The final positions had the British just in control of the Bridge, strongly holding Oosterbeek and the drop zone was no mans land: 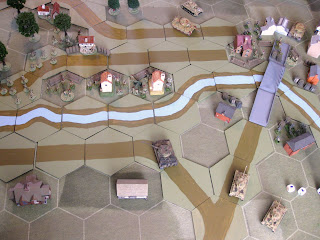