I thought it was time to dig out my old Airfix ACW troops and have a go at one of the Battle Cry scenarios; I picked the battle of Cedar Mountain: 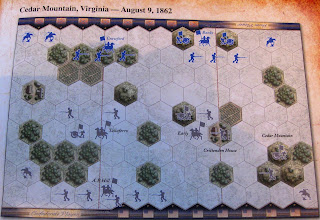 The scenario has the Federal forces groping forwards against what they believe to be a smaller CSA force; however, coming through the forest is a significant reinforcement led by A.P. Hill. This is the battle as set out on the table: 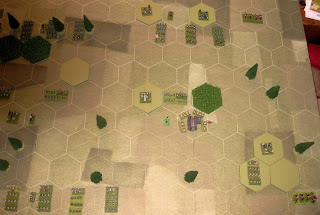 Things started off well for the Federal forces, successfully attacking in the centre and their right flank, sweeping away a CSA battery and infantry: 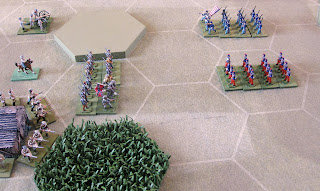 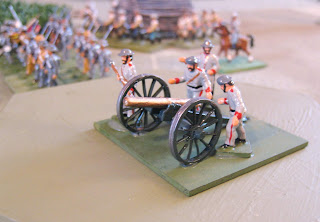 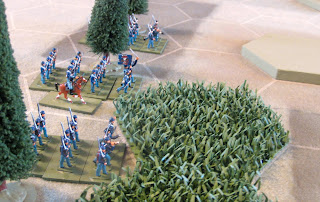 A brisk firefight slows down the Federal assault in the centre: 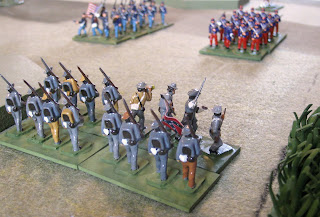 And on the CSA left the Federal troops are halted: 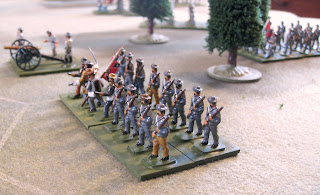 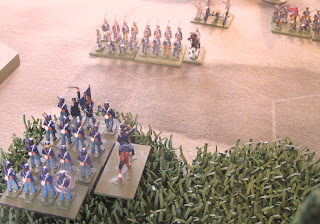 The Federal troops rally and after a second assault the CSA centre collapses, with the destruction of a battery and an infantry unit. The rebel centre is wide open: 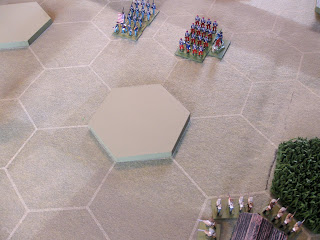 Only the Texans remain in the centre, grimly holding on to a small settlement: 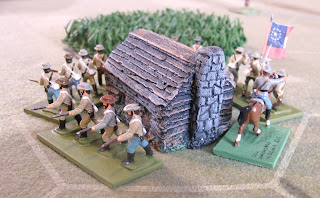 The tide then turns in favour of the rebels as Hill's troops come up to fill the void in the centre: 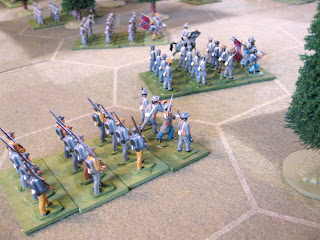 The Texans join in the advance and things look good for the CSA: 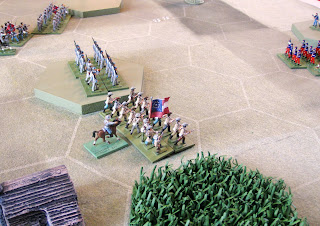 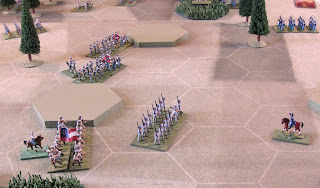 At the same time Federal infantry firing into thr flank see off the Texans. Suddenly the tide has turned and it is now 5 - 4 to the Federal side; needing 6 points to win.

The Federal win comes with a dashing cavalry charge, supported by infantry over on the right Federal right flank: 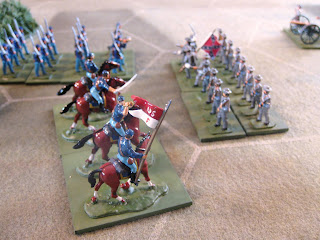 The end comes quickly, with the CSA taking too many casualties and it is a 6 - 4 win to the Yankees! 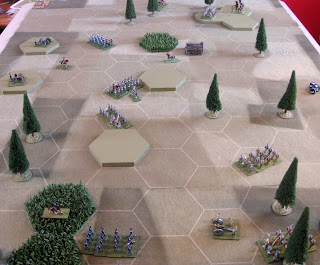 This was a really enjoyable game. I thought the CSA would easily win by sheer weight of numbers, but the bold Federal attacks (and some lucky cards and dice!) saw them quickly gain victory. The battle took about an hour to play.