There are no Turkish figures in the Douglas miniatures Crimean range, so any representation must come from other sources, however, once again John Cunningham has come to the rescue. He has converted a number of figures, which coincidentally fit the Douglas Miniatures horses perfectly.

I know very little about the cavalry uniforms of the Ottoman Empire at the time of the Crimean war and there are few reliable sources. From the information I have found the style of dress of these figures match the uniform patterns of the 1840s, which were still widely used by the time of the Crimean war. I have painted three samples based upon this information. If anyone knows better I would love to hear from them. Here are a few of pictures: 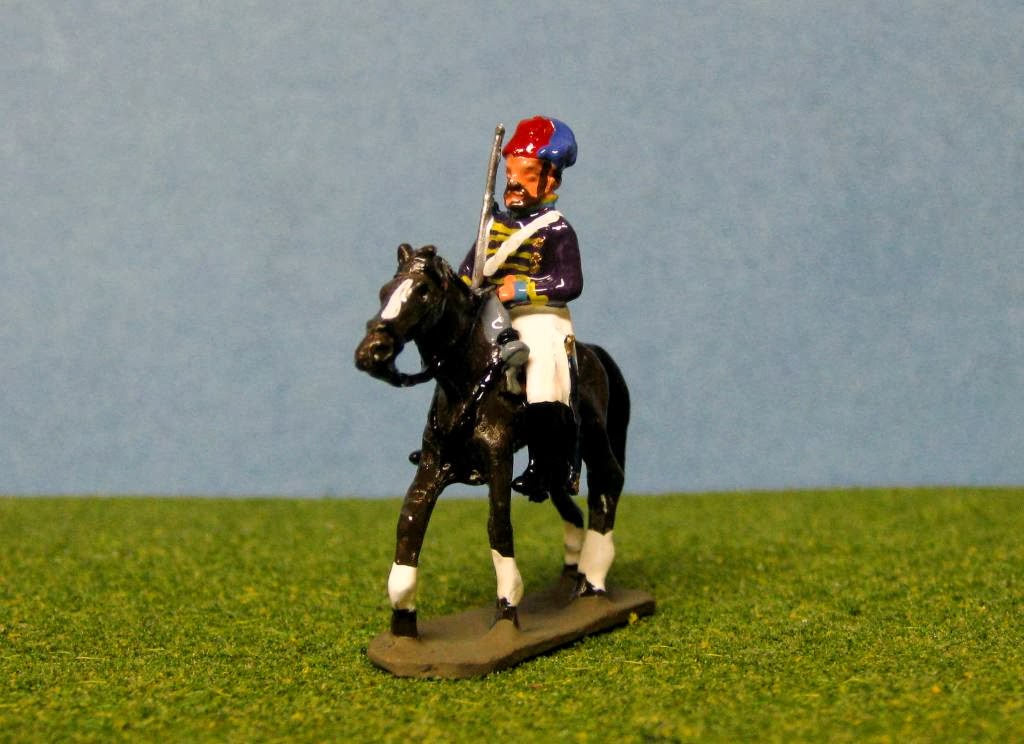 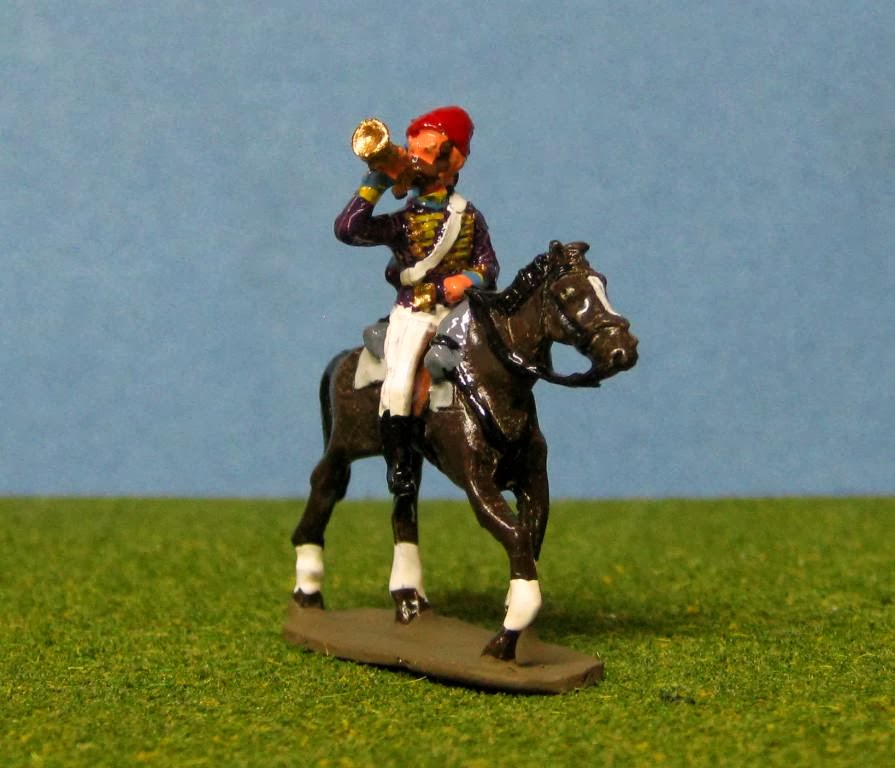 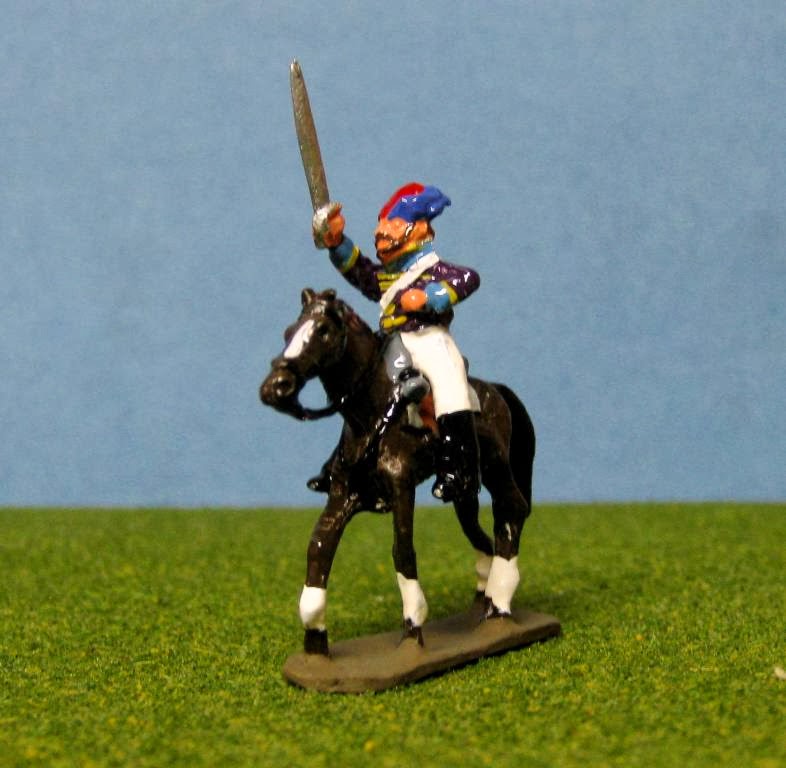 I shall have to order some more!