Following the small action on the Bulganak, on 19th September the allied army continued its march towards Sebastapol. However, information was soon to reach Raglan's headquarters that the Russian field army, under the command of Prince Menshikoff, had taken up defensive positions on the high ground overlooking the River Alma, where it runs into the sea. The heights rise very steeply up to around 500 feet, with high cliffs blocking approaches at the point the river reaches the coast. The Russians concentrated their main deployment inland in the belief that the cliffs were impassable for an attacking force.

The main Russian position straddled two features, Telegraph Hill and further to the east, Kougane Hill. Two earthworks had been constructed, known as the Greater and lesser Redoubts and both contained artillery. Out to the front of the Russian position is the village of Bourliok, which was initially held by Russian light troops and engineers, but then set on fire to create an obstacle. 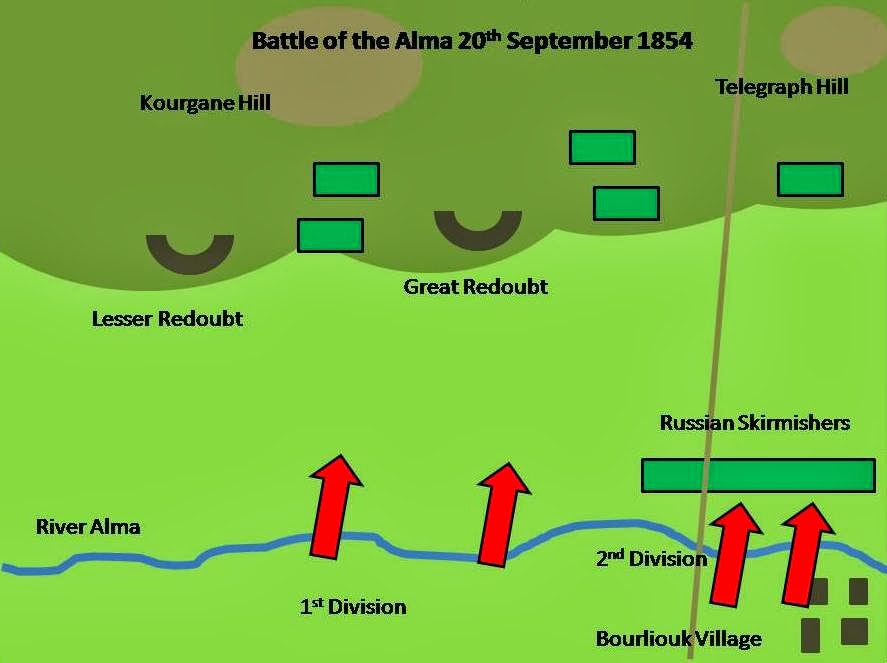 The Allies had advanced on the River Alma, with the French on the right close to the sea and the British on the left. Initially the French started the action by assaulting the high bluffs, but soon ran into difficulty. It was at this point that Raglan committed the British Light Division to assault the heights in the area of the great Redoubt.

Here is the view that the British would have of the Russian positions:

The Russians had deployed the cavalry off to their right flank, but as the cavalry on either side played no part in the battle I have not included them in the game.

Here is an overview of the Russian deployment: 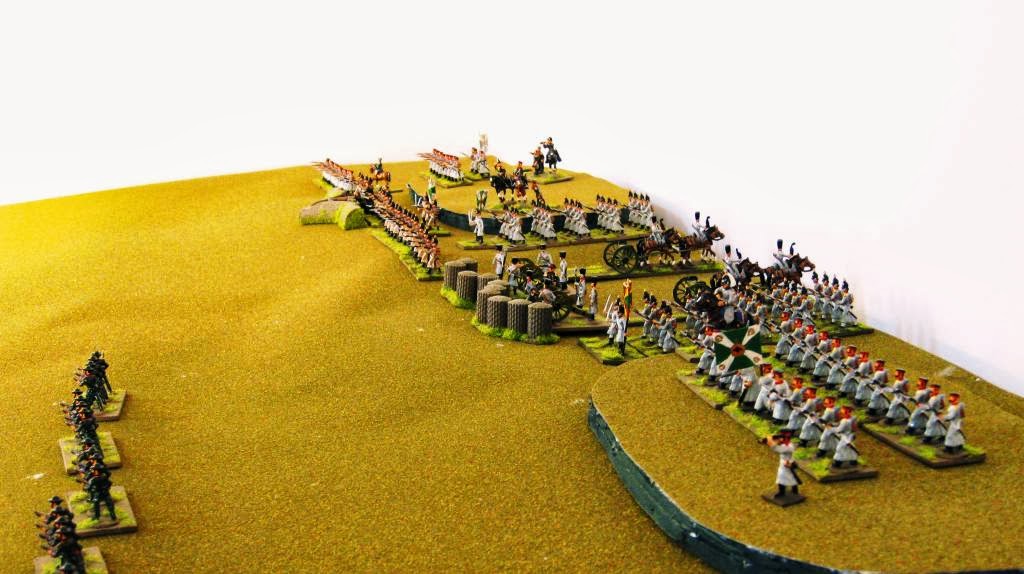 With the Great Redoubt sitting in the key position in the Russian line; And the Lesser Redoubt on the Russian right flank: 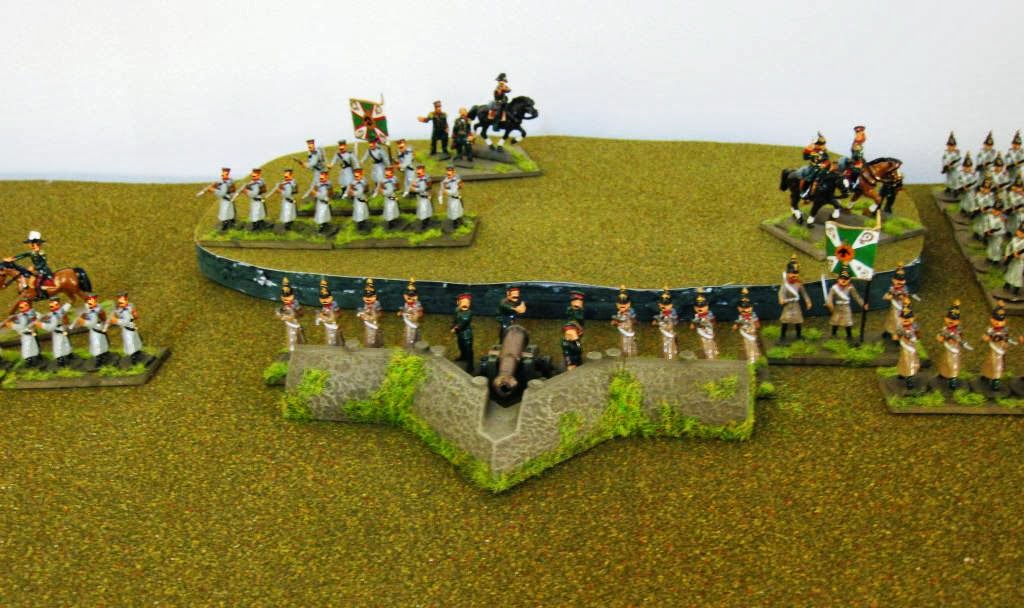