A second regiment of Prussians was completed over the weekend. Again these have been refurbished, They were quite yellow from old varnish as well as being dusty and dull.  I have also rebased them.

These are Minifigs Prussian line infantry and I suspect that some of them are copies, having been cast in a softer metal and with quite vague detail in some cases. That said, they look fine alongside the original castings and they make up another useful unit for my growing Seven Years War forces: 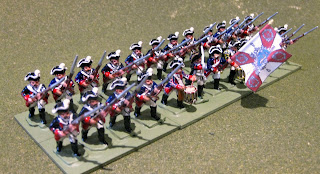 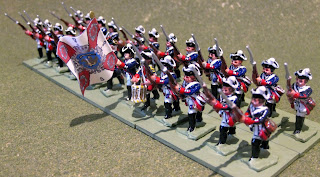