More from the box of scrap - Dutch and Belgian Napoleonics

I took a closer look at the pile of grey twisted figures, that I had assumed to be French, and I am now convinced that some are Dutch troops. There are about 40 that look like this: 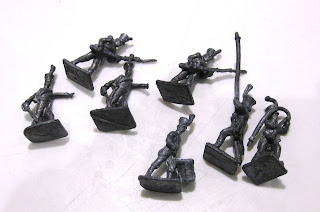 Anyway, on the assumption that they are Dutch I have begun to clean them up, straighten them out and paint them. More later.

In the meantime I have picked out a number of figures from the British Prince August pile and my first unit of 1815 Belgians takes the field: 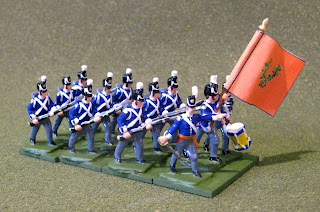 I have also sorted out some of the highlanders, which I will paint to see how they turn out.