To this day I don't know why I bought these, but about 25 years ago at a boot fair I became the proud owner of a box of poorly painted home cast figures. There were hundreds of French and British. They cost about £5 and although I did not need them, had no idea what I would do with them, I could not resist this bargain.

They weighed a ton and I remember struggling back to the car with about 10kg of lead under my arm. This is what they looked like: 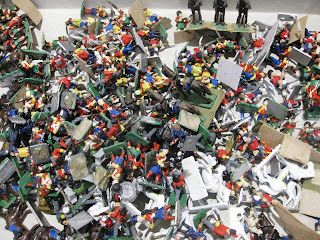 They were poorly painted in what I can only describe as imagi-nation colours: 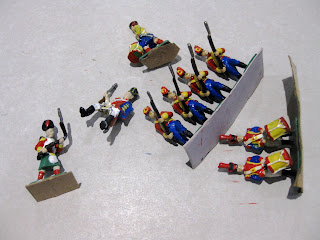 For the last quarter of a century these figures have been stacked in a corner, occasionally looked at and then put away.

The recent bad weather saw me house bound for several days and with time on my hands. I had just finished reading about Junot's 8th Westphalian Corps of 1812. This sparked an idea. Using the the French figures in the box I reckoned I had enough to represent the Westphalian army or a large slice of it. I had some cavalry, artillery and a pile of infantry;enough for 12 infantry, three cavalry and three artillery units. I found some senior officers from my spares box:

Here is the commander (Minifigs), the fictional Crown Prinz August: 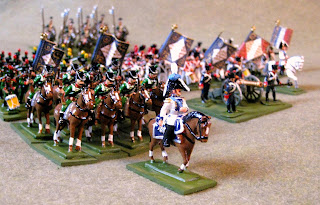 The cavalry consists of the 1st Hussars: 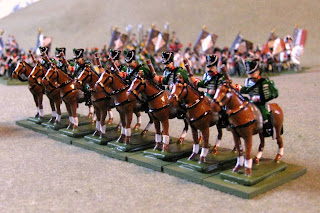 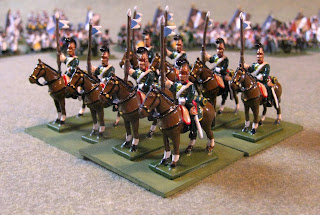 As well as some French Cuirassiers: 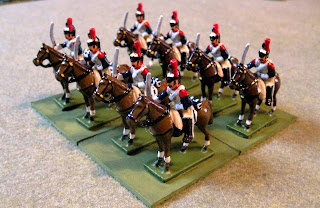 The Guards Division, the Grenadiers Guards: 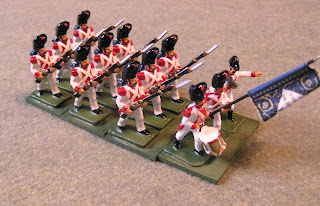 The Guard Carabiniers and Chasseurs: 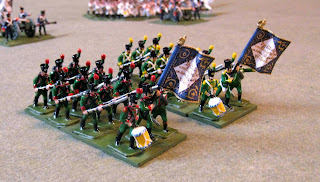 There is also a line Grenadier regiment and two French regiments in this division: 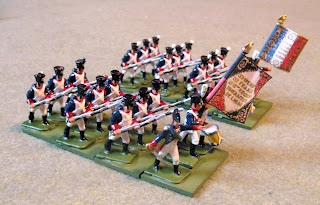 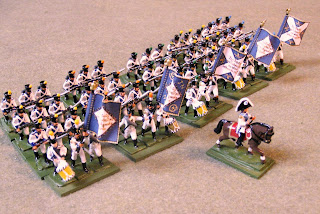 As well as a light infantry regiment: 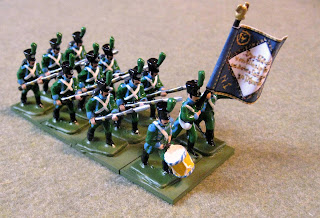 Finally the Corps is supported by three gun batteries: 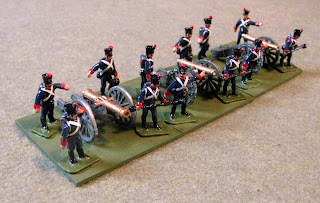 So from a box of scrap, I have a usable Wargame army. They were fun to paint, with vague detail and reminded me of my old Spencer Smith figures.  I am now wondering what to do with the British; however, that will probably have to wait for the next beast from the east!