I have a fair number of old Britains plastic Napoleonic or Waterloo figures. Having enjoyed doing battle with my Britains ACW, I thought it might be fun doing the same with the old Napoleonic stuff. However, those in my collection are not in very good condition:

Most annoyingly many that should have backpacks do not and they just have two lugs on their back. Below you can see from the left hand figure what they should look like: 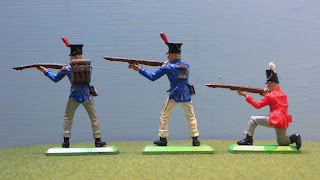 So, hoping to resolve the problem I asked Old John if he could cast some metal replacement backpacks for me, using an original plastic version as a master. Hey presto! Here is the result: 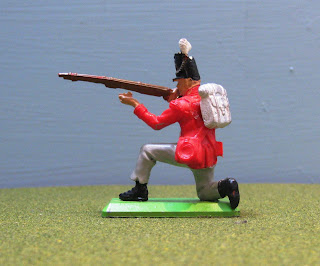 Old John did a great job and I now have enough packs to repair most of my Napoleonics. Even so, the resulting figure still looks a bit scruffy and as the backpack will need to be painted, I thought why not do the whole figure and this is the result: 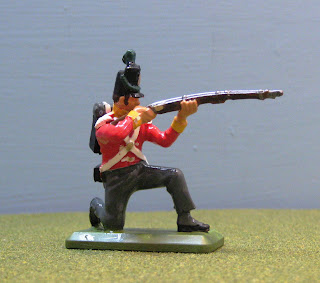 This has some potential. I painted some more British: 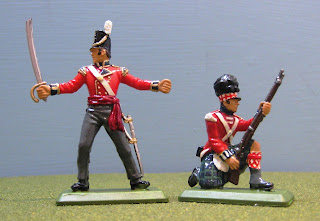 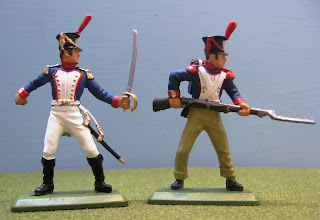 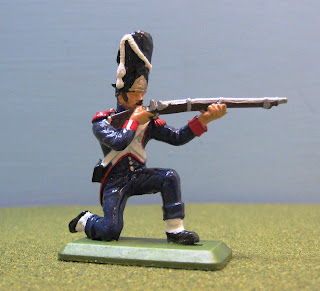 So far I have painted a Battalion of Highlanders and I am half way through some French line infantry. Sometime downstream I will put them all on the table and do battle.

In the meantime, I am still pondering Command and Colors using 25mm figures...more later.