The recent hot weather has kept me out of the wargames room and so no games have been played and for a while it was too hot to do very much at all.  However, I set myself up in the kitchen with a desk fan and some paints and decided that over the 7 - 10 days I would try and complete a project.  Some months ago, in fact in 2021, Bob Black gave me an abandoned project consisting of an Abyssinian colonial army (about 100 figures) and an assortment of British WW1 colonial troops.  I thought it would be fun to paint these two armies.  Some were bare metal and others had been well painted, but all would need basing and changed to match my painting style.  The majority of the figures were 25mm scale from Irregular Miniatures.

Starting with the Abyssinians, there were two cavalry units of 12 figures and half a dozen infantry units of 16 men with a mix of rifles, swords and spears. Here are some of them: 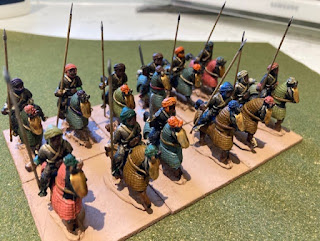 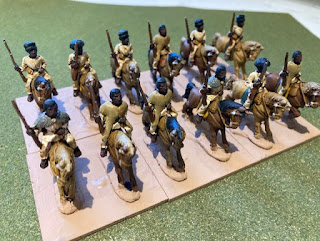 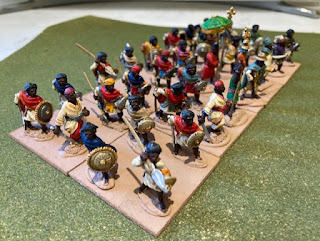 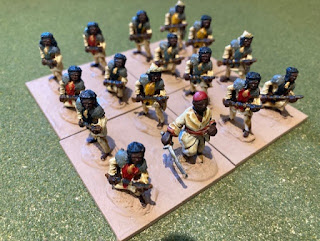 The British are quite a mix and are really not matched exactly to the Abyssinians, but I am sure I can devise an excuse for a second Abyssinian expedition in 1919!

The British units are smaller but better armed, consisting of Infantry, Gurkhas, ANZACs, Naval Infantry and some Indians: 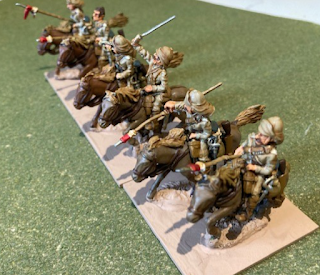 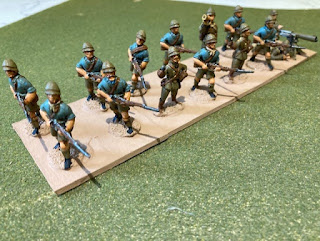 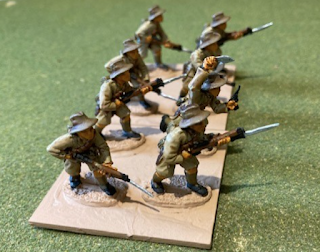 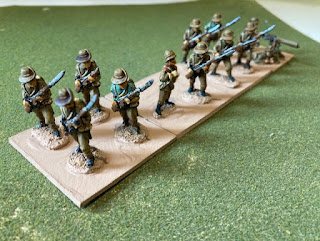 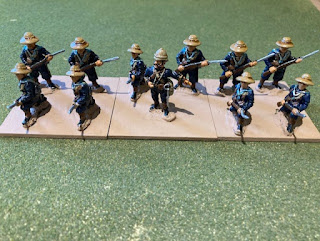 The Abyssinians have some splendid fellows with portable sunshades too: 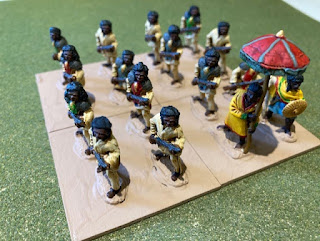 I have about 20 figures remaining and the project will be complete, after which some pictures of the two armies will be posted.