The Collection of Clive Smithers

As previously stated, Clive Smithers sadly passed away last year and as is well known he was an avid and prolific collector of all things wargaming, especially old school 20 and 25mm figures.  He was also extremely knowledgable when it came to 'old school' figures. 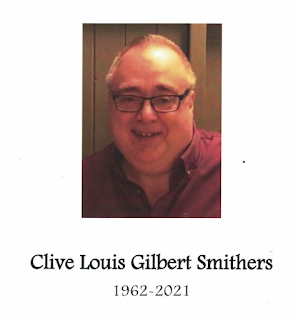 I have spoken to Gavin, Clive's brother, on several occasions in recent months and the description of Clive's collection is mind boggling.  The exact number of figures in the collection is not fully known, but it runs into the tens of thousands.  Many of these figures can be viewed on Clive's blogs which remain live, such as 'The Lone S Ranger' or the 'Old metal Detector'.

The collection has now been gathered up and is due to be sold at auction on 27 May 2022.  I attach a link to the auction site.  The sale will be a timed auction on that day:

The catalogue has not been published yet and may not appear for a couple of weeks before the auction.  OI will give an update once the catalogue is released.

Please note that there is a buyers premium of 25% plus VAT.  Unless a winning lot is collected there will also be p&P charges.