A few weeks ago I took the plunge and bought a set of PSC's 'The Great War' board game and rules.  I have been thinking about this for some time as I have an interest in WW1 but always tended to shy away from the later trench warfare.  This game appears to offer some fast play rules and the necessary pieces to make this possible. It comes in a huge box that very much matches the Command and Colors game style: 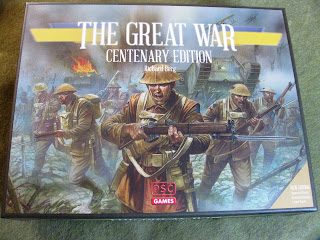 The main differences between this game and the C&C offerings are that the playing area is larger, as are the hexes.  Also, the playing pieces consist of plastic miniatures in 15mm scale, as opposed to the little wooden blocks: 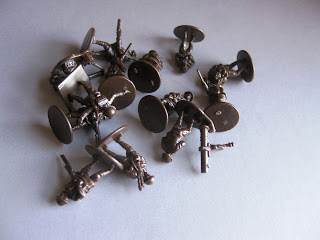 My plan however, will be to transport this game onto the wargames table, with slightly larger hexes and 3D scenery.  I have also decided that the figures need to be painted.  I have completed the British, which I have mounted on bases.  In all there are 150 figures, which is quite a painting task.  This is what I have managed to do so far; British infantry: 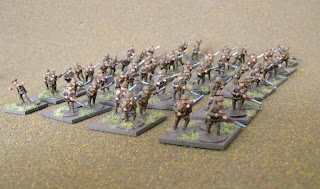 There are three machinegun teams: 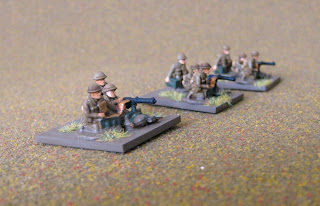 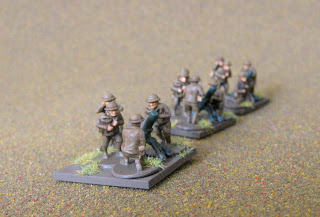 I have based the Germans and will be starting the painting over the weekend.  I have also nearly finished off my badly battered medieval knights, with just some final touching up to do.