I have a few partially painted Russian units that have been sitting in a drawer for many months, and with time on my hands, I thought I would finish some of these off as and when I can.

This lot consists of two units made up from some rather crude castings that I received as a gift from a fellow wargamer. They appear to be home cast versions of the Minifigs S range Russian infantryman in soft hat advancing. There was a pile of around 50. I added some officers, drummers and standard bearers recast by Old John. This is what they looked like upon arrival: 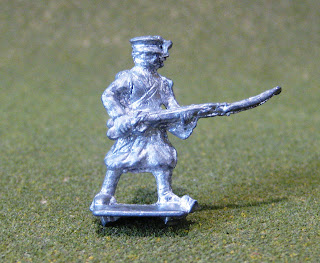 They required quite a lot of work to make them presentable, but like all figures a spot of paint soon transforms them. I decided to paint the first unit as Russian Naval Infantry, which was a bit of an error as the white piping on the hats was a real challenge: 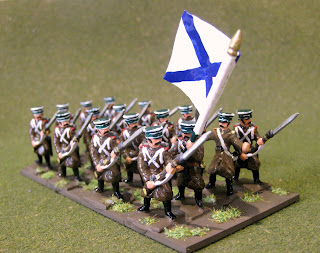 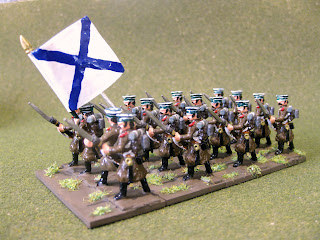 The second unit are painted as ordinary line infantry: 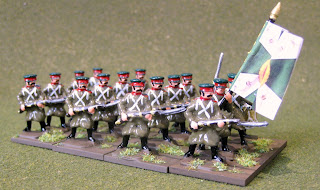 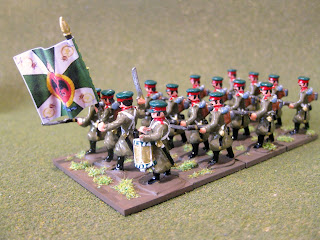 Together they will make a useful addition to my Crimean Russian army: 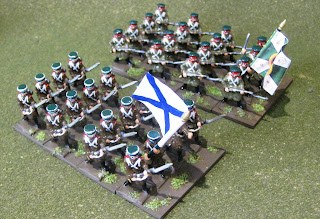