Having enjoyed a couple of WW1 games set in the early war years, I thought it might be interesting to have some actions involving French troops. Unfortunately the Airfix WW1 French, unlike the British and German offerings, are dressed in the later uniform wearing a helmet.  I clearly needed some in the older red breeches and kepi style.

I could have opted for figures from Hat or Caesar, who both do early French, but I was keen to use Airfix if possible.  So, I set about lopping off heads and attaching new ones sourced from ACW figures.

Here are the results: 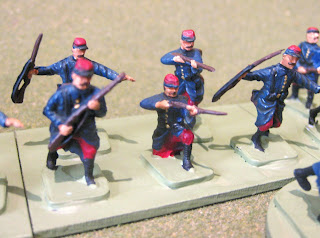 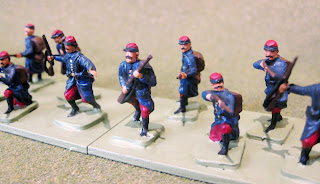 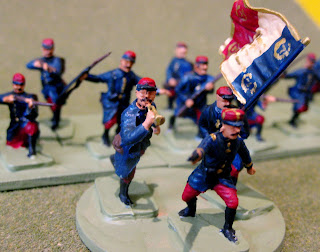 I have ordered a few pieces from Irregular Miniatures and some Hat artillery figures.