The second very kind gift was of a quantity of Hinchliffe 20mm Russian infantry and gunners.  There are sufficient figures to make up a useful force with support weapons.

The infantry come in three basic poses - an officer, an infantry man with a sub-machine gun and a rifleman: 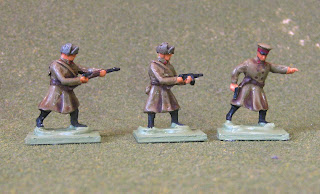 Here is the whole infantry force:

In addition the batch of figures contained enough crews to man four support weapons. First off, I used three to man a mortar: 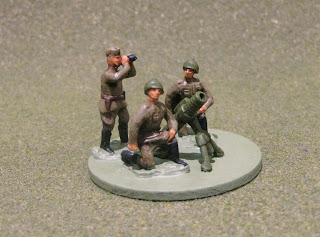 Two further crews were used to man a couple of 76mm guns by Irregular Miniatures: 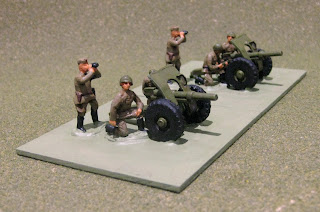 The last crew were used to man a seriously large anti-tank gun, again by Irregular Miniatures: 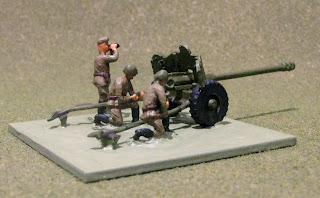 Finally, I also finished this German Pak 40 by Hinchliffe, with a crew: 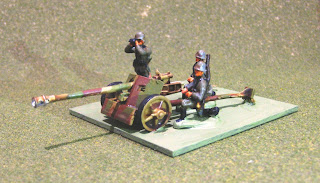