In the 1970s my brothers and I purchased a few of the then emerging range of Hinchliffe WW2 figures and they have been sitting in drawers for decades. Recently with my introduction to Memoir '44 I have started using these figures, as seen in the recently played out Pegasus Bridge scenario.

The discussion following Pegasus bridge led to some very kind gifts of Hinchliffe Russians and Germans from fellow bloggers. This has allowed me to expand my collection, and of course given me the opportunity to paint some different figures.

Here are some samples of German infantry, notably some support weapons and a few infantry: 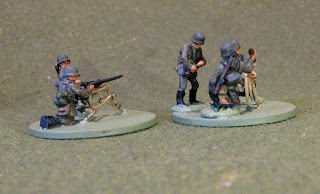 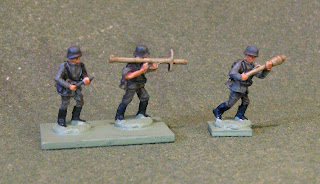 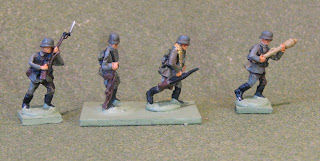 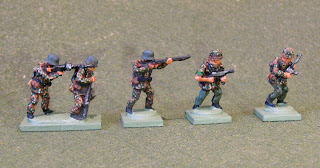 I have already painted a number of British infantry and I am near to completion of a large group of Russians. More pictures to follow.