Arriving in Spain to see for himself what is happening in the Peninsular in 1808, Napoleon takes charge of the situation with the capture of Madrid and forcing the retreat of the British to Corunna in January 1809.  He did not stay in Spain for long as he departed to deal with the emerging threat from Austria.

Here we have the emporer with his senior commanders, with an escort provided by the French horse grenadiers of the imperial guard. All figures are by Warrior Miniatures. Napoleon is the only personality figure available in the napoleonic range: 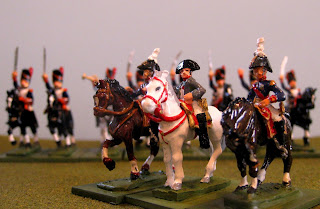 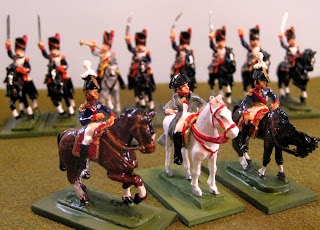 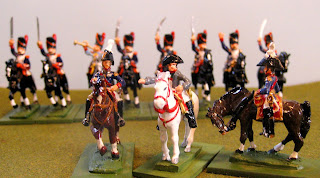