During the Battle of Balaclava reference is made of a Royal Marine detachment that was positioned on a rise to the right rear of the 93rd Highlanders, protecting the approaches to Balaclava Harbour. There is little detail given about this unit, which appears to have been about 1,200 strong. They were reinforced with a couple companies of Highlanders and some Turks. During the actual battle they played little part, although their presence was crucial for the defence of the harbour. I have been keen to represent them, but I have run out of Douglas figures, so once again I have turned to the Strelets range and used some of the Rifles and a few gunners. The Royal Marines wore standard infantry equipment and uniforms, so any line infantry would have done the trick. The colours are made from internet downloads, adapted for the Crimean War period: 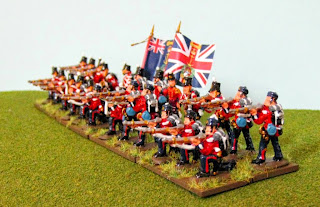 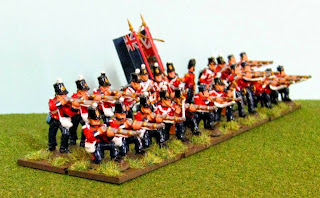 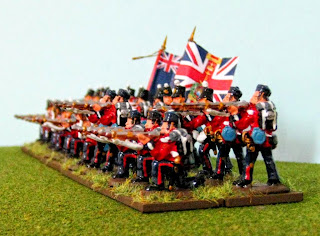 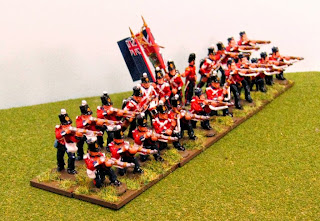