There are no French Cavalry in the Douglas Miniatures range, and my efforts to get hold of either Scruby or other 20mm metal remoulds has been problematic, so I settled for plastic figures. Once again I used Strelets figures and I have to say that they were a joy to paint. Here is the result: 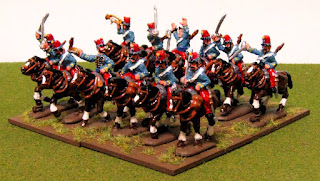 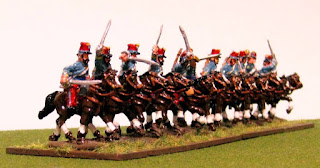