In an earlier post there was some discussion about a source of Crimean war flags, having discovered a company in Spain, Adolfo Ramos. I thought I would try some and I found it is possible to order in a variety of scales. I purchased some samples of the 20mm version. They are quite expensive, but are very well produced and with a high quality finish. My picture does not do them justice. It is possible to buy the flags already mounted on a pole with the cords fitted. They are wonderful, but even more expensive.

The biggest concern I have is the size. The 20mm flags in my view are a bit too big for the Douglas Range, but would probably work with the Minifigs S range, which have quite large poles. Anyway here is a picture of three examples of Russian flags next to a Douglas standard bearer and you will see what I mean: 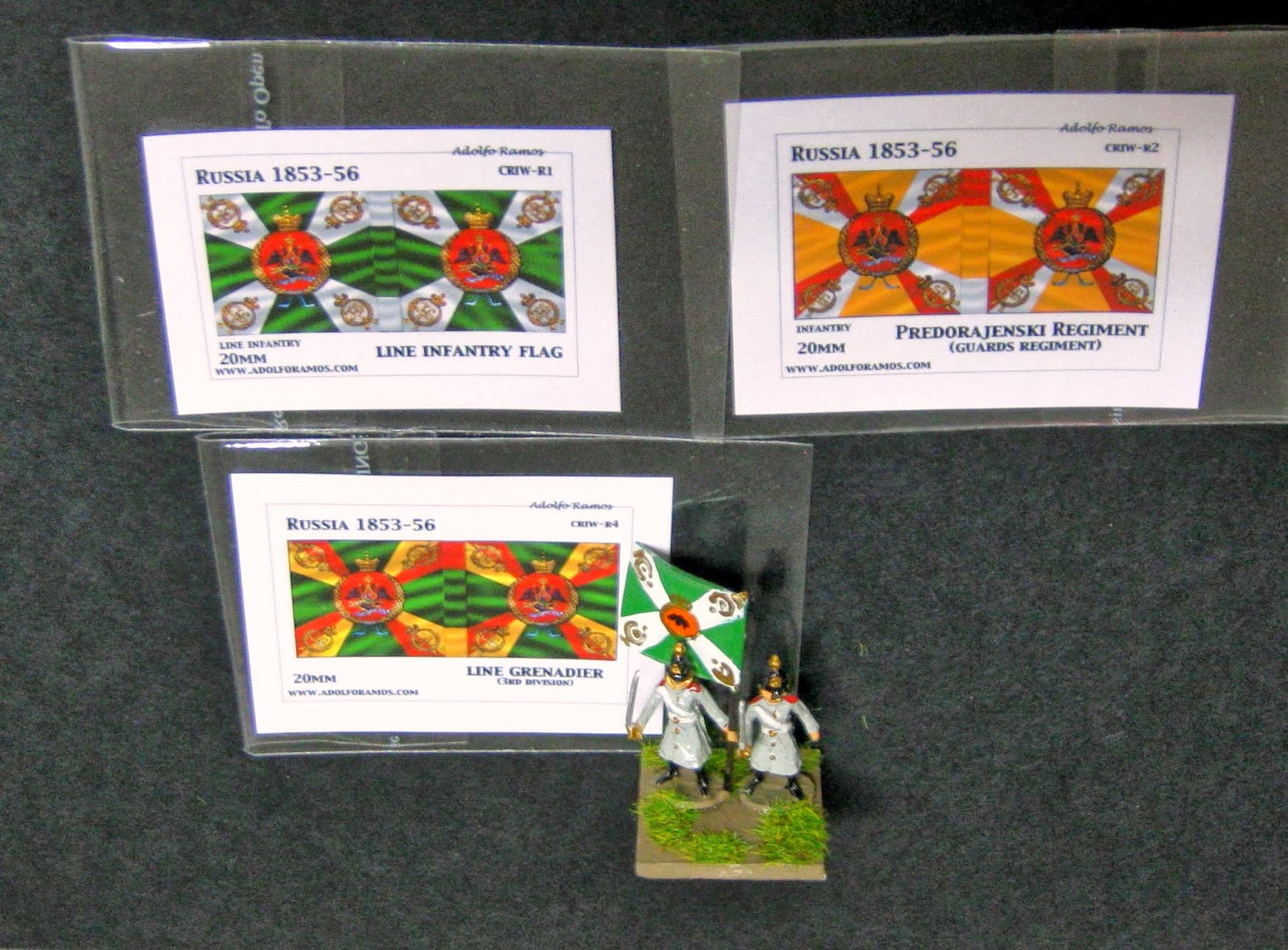