Continuing the revisit of my vintage wargame books, I stumbled across a demonstration game in "Battles with Model Soldiers" by Donald Featherstone, which pitches two small forces together on a basic wargames table. 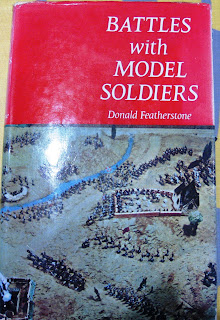 The battle is designed to demonstrate the horse and musket rules described in the book. The rules are not set out as tables, so I had to pick through the text - although that did not take long as they are very simple: 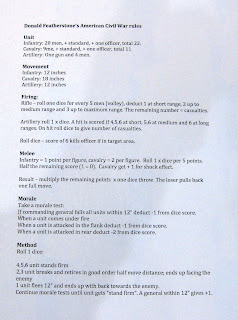 The game is played on a balanced table with a road running diagonally across it, a single wall and two woods, one on each flank: 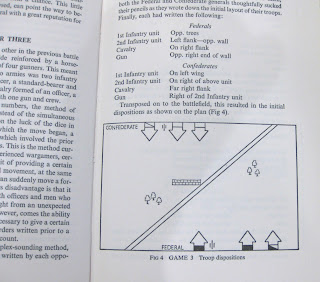 This is my interpretation of the map with the troops set out - a gun, two regiments of infantry and one regiment of cavalry each side: 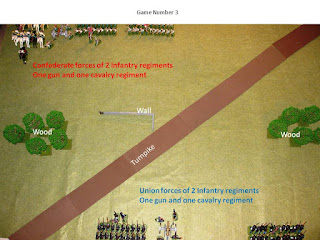 I had planned to use my Airfix ACW troops, but they are not organised as per these rules, so I dug out the box of Britains plastics. Infantry Regiments consist of 20 men, a standard bearer and an officer. I had just enough for the two the regiments needed for each side. The guns are by Timpo, with four Imex gunners. Cavalry regiments consist of nine men, one officer and a standard bearer. Some views of the troops: 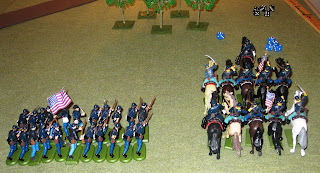 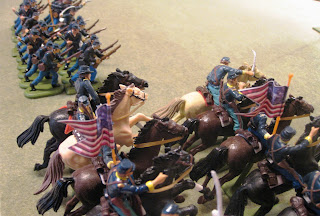 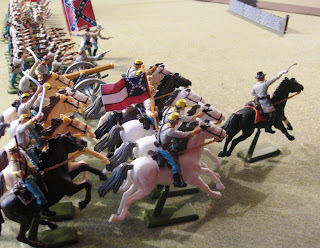 I will report on the battle and how the rules worked in my next post.