I was out and about in a local town yesterday when I spotted something really interesting in a charity shop. It was a huge pile of mint Airfix magazines from 1968 - 72 for 10p each. I bought the lot. When I got home and began to go through them, low and behold there were advertisements for Douglas Miniatures figures. They were being sold by a model shop called Ernest Berwick, 11a Newland Street Kettering, Northants.  There is more about this shop and the Airfix Magazine reviews, plus a few pictures on the Vintage 20mil website.

I have copied a few of the advertisments: 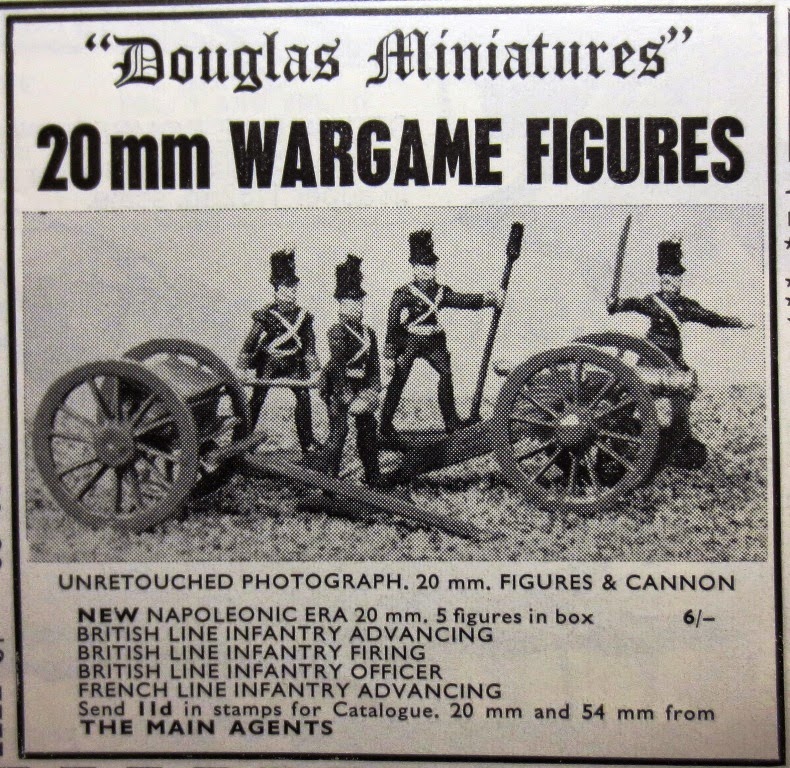 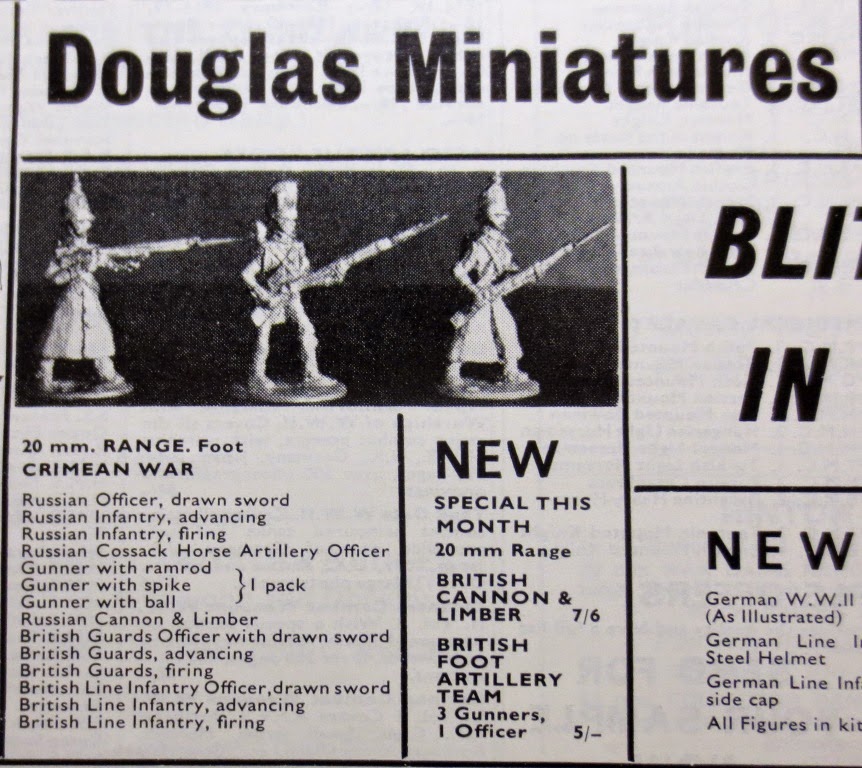 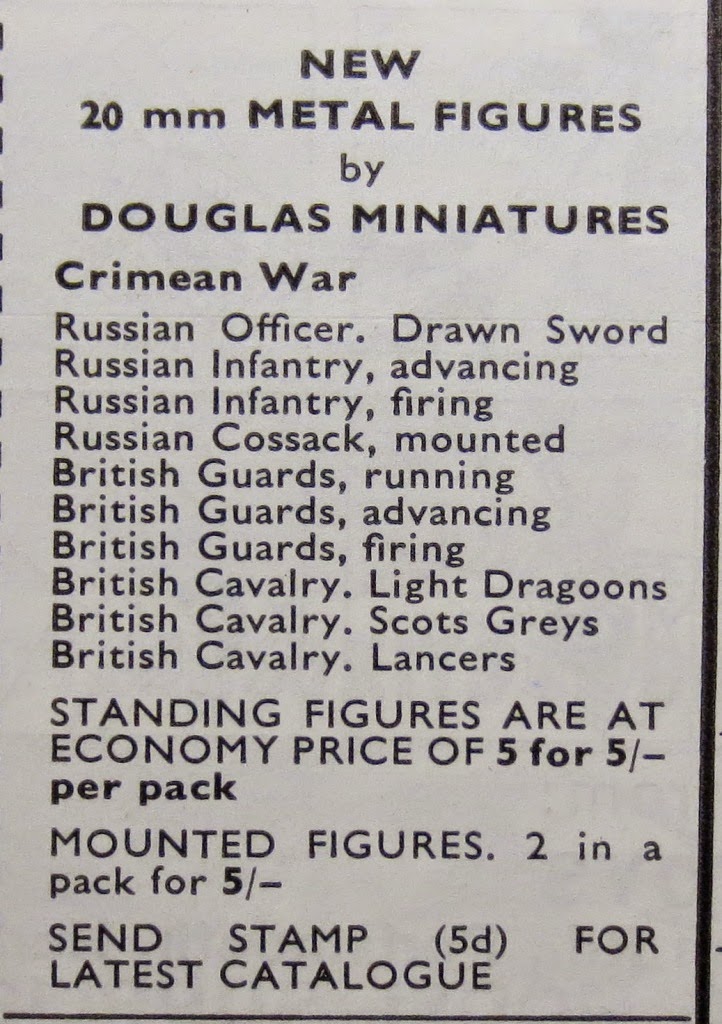 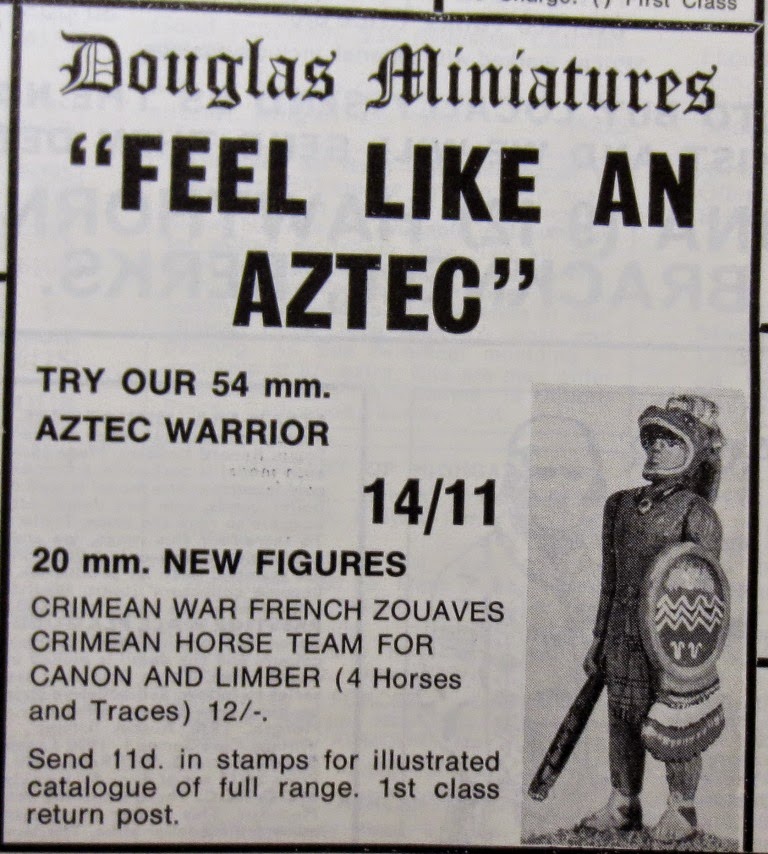 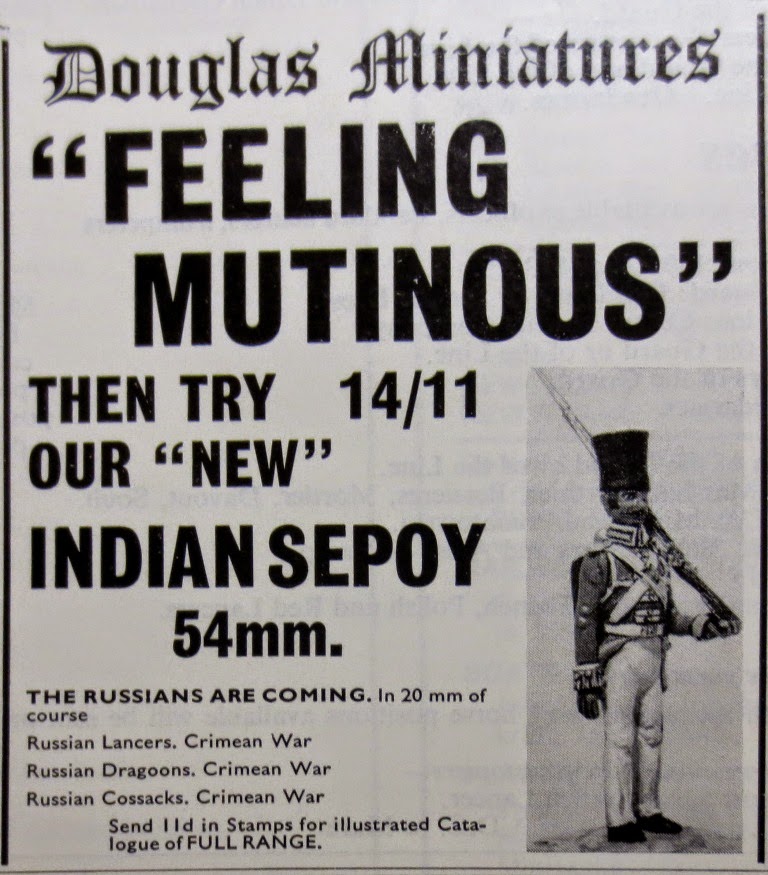 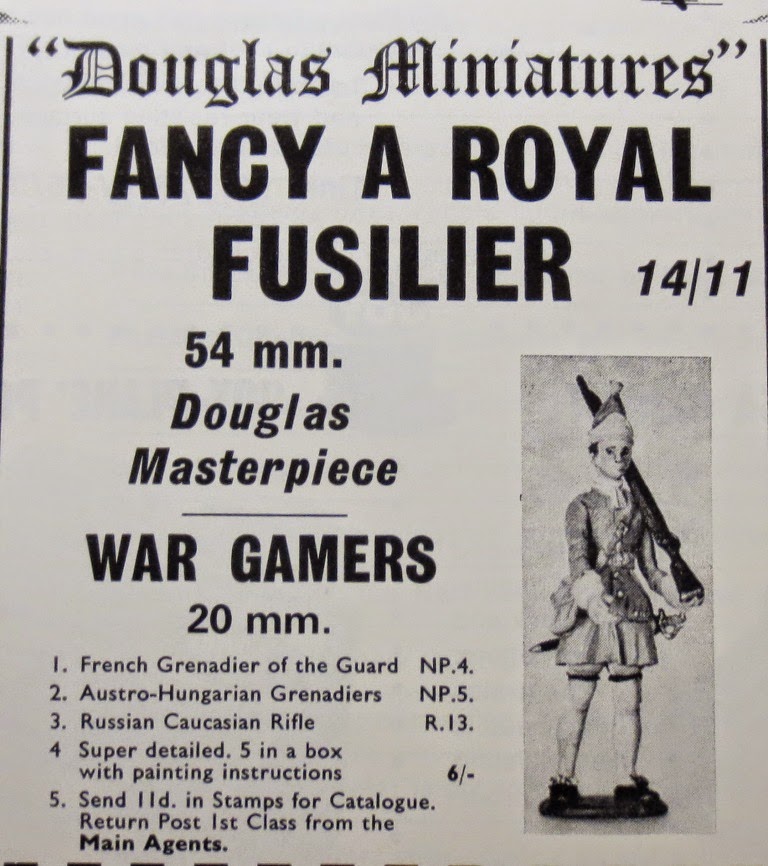 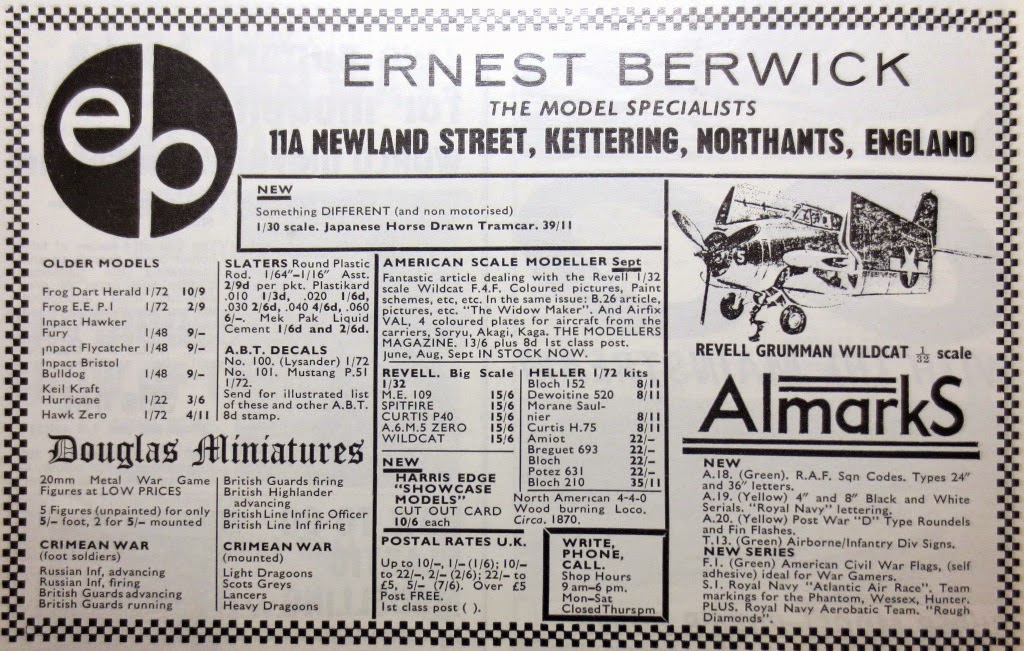 There were some details of other figures in the Douglas range: 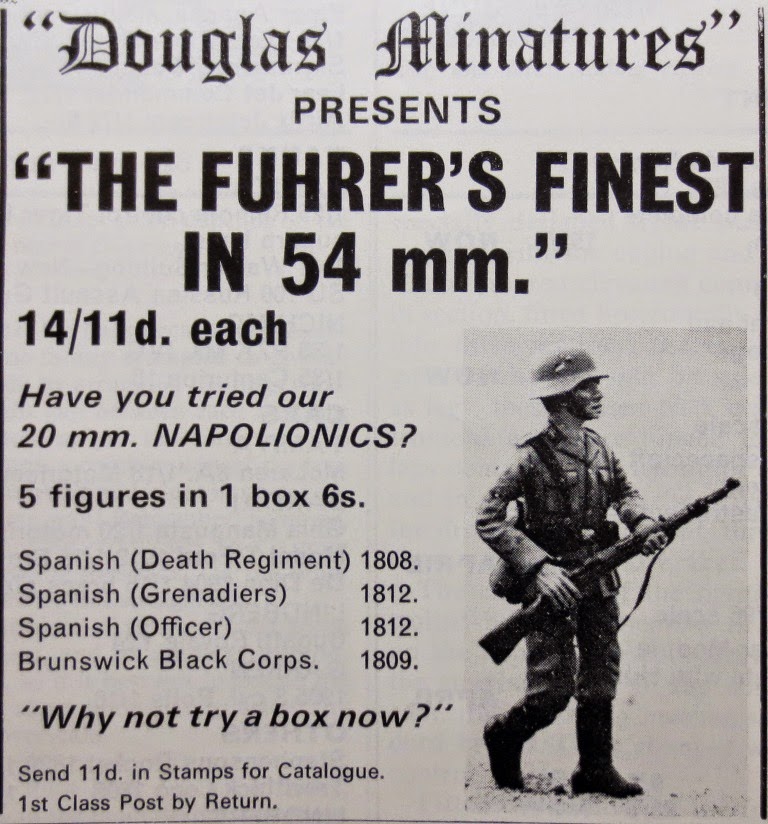 I was hoping to find details of some of the lost figures in the Douglas range, but no such luck. What was interesting is that in 1969 the Douglas range was the only wargame figure range available, but through 1970 - 72 the advertisements for Douglas vanished to be replaced by Lamming, Les Higgins, Rose, Hinchliffe, Hinton Hunt and Miniature Figurines - no doubt pushing Douglas out of the market place..