After a break, during which I have changed jobs, moved house and shipped my army to a new location, I am back in production.

Adding to the French army ranks is this rather nice set of figures, which I found on Ebay, from B&B (I think) figures. They are a good match height wise compared to the other 20mm figures, but are very stocky, but I really like them: 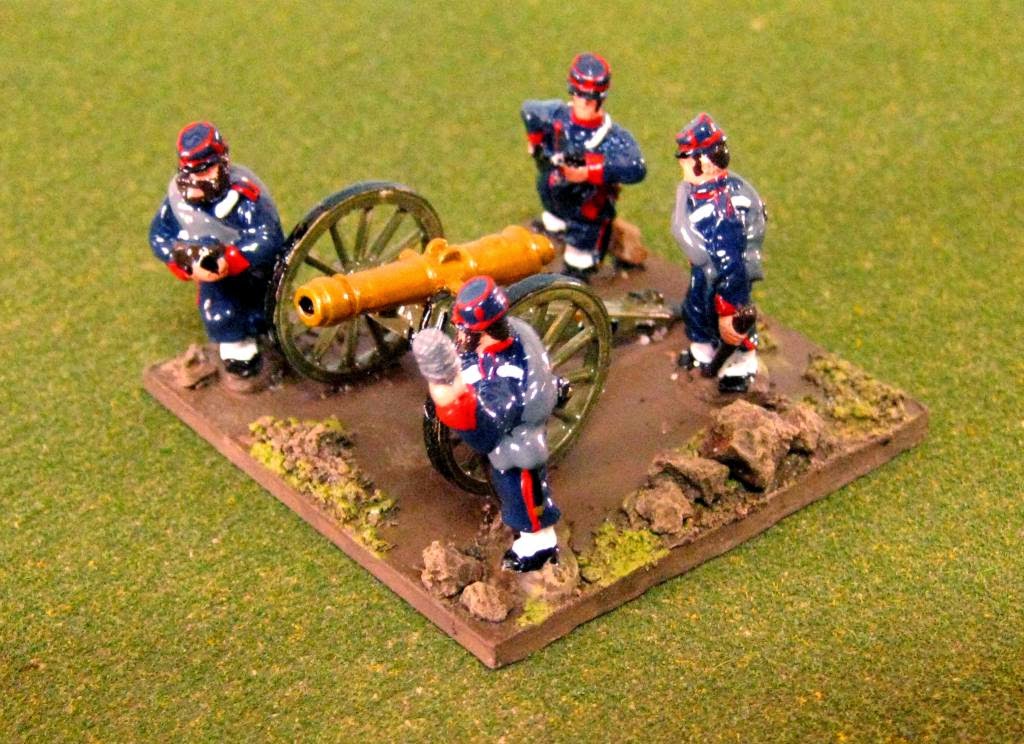 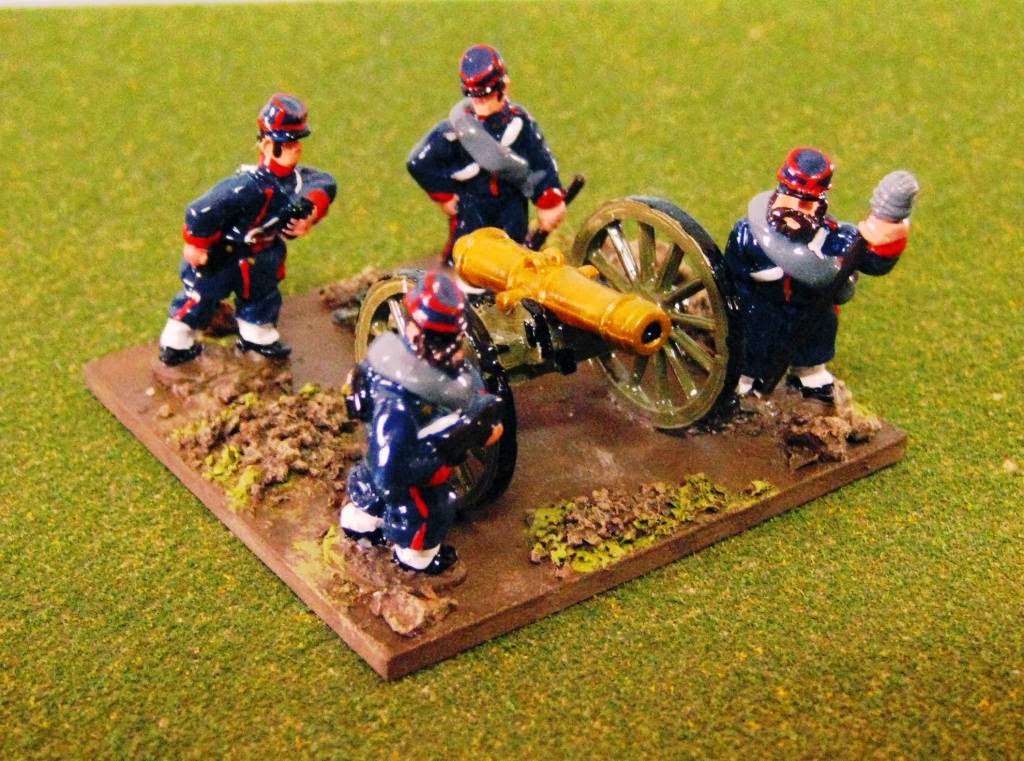 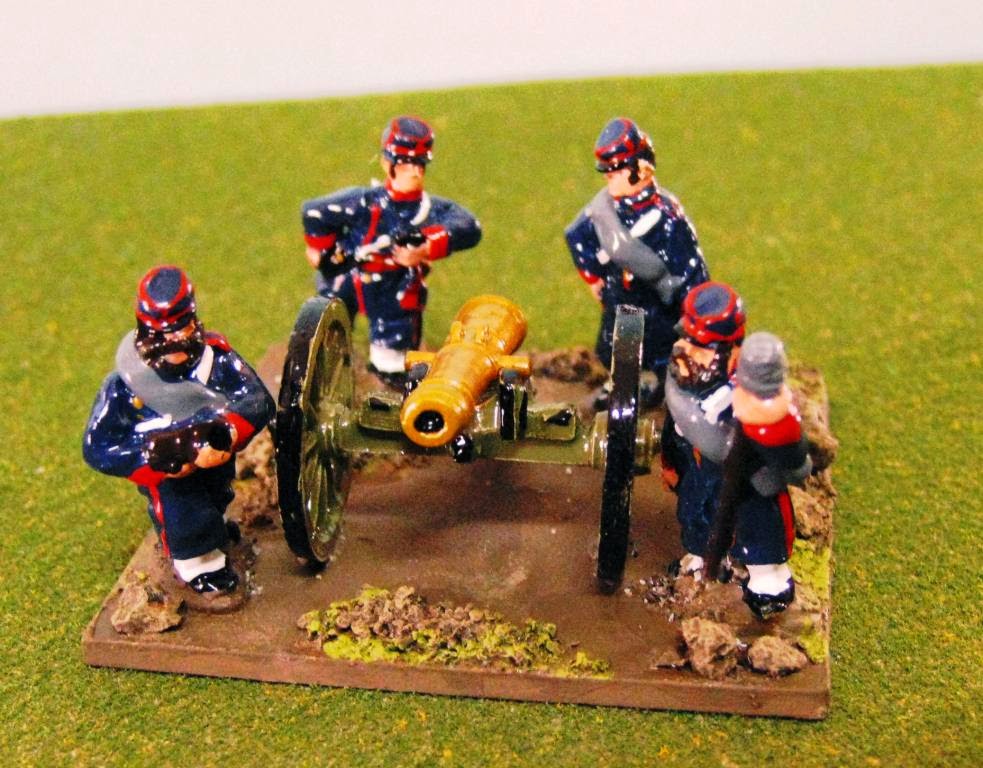 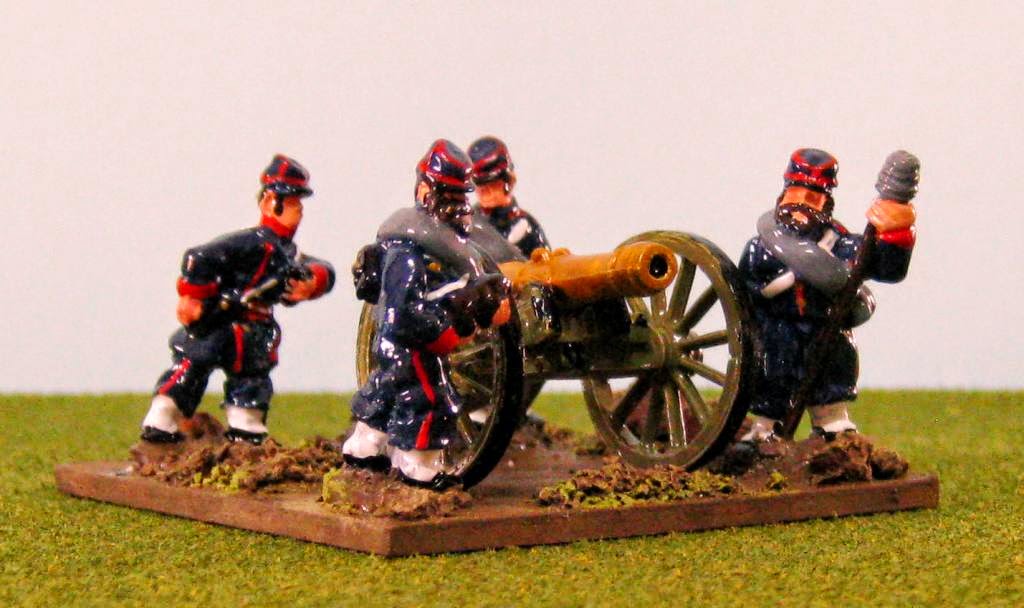 I am working on a couple of French staff officers from the same source and a bunch of Cossacks from three sources, Douglas, Irregular and Tumbling Dice miniatures.
Posted by Bob The Old Painter at 07:28