This is the third regiment that makes up the Guards Brigade, which forms part of the British 1st Division. The Scots Fusilier Guards deployed to the Crimea along with the Coldstream Guards and the Grenadier Guards and the Brigade saw action at the Alma and Inkerman during the early months of the war. The figures used are the Douglas Miniatures charging British Guards figure, but I bent the rear leg down to make it look as though they are advancing. The standard bearers are officer figures with the standard added. Meanwhile, the drummer was made from a running guardsman who had a broken bayonet. I cut the rifle away and added a drum from rolled up paper sealed with pva glue. The drumsticks are made from thin plastic rod - see below: 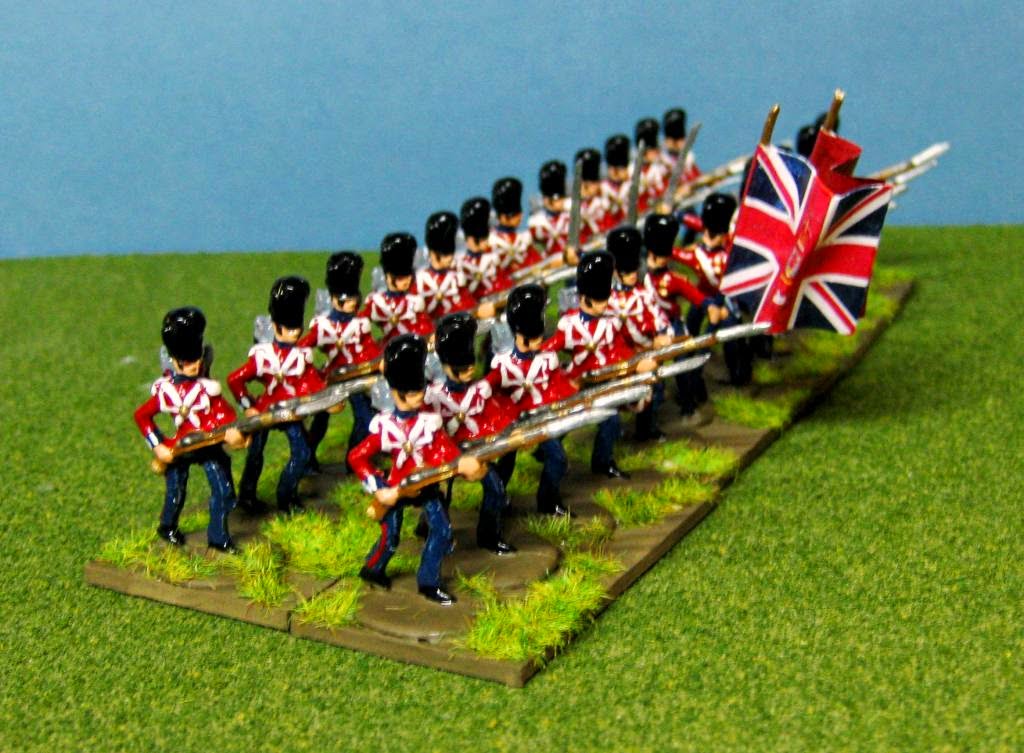 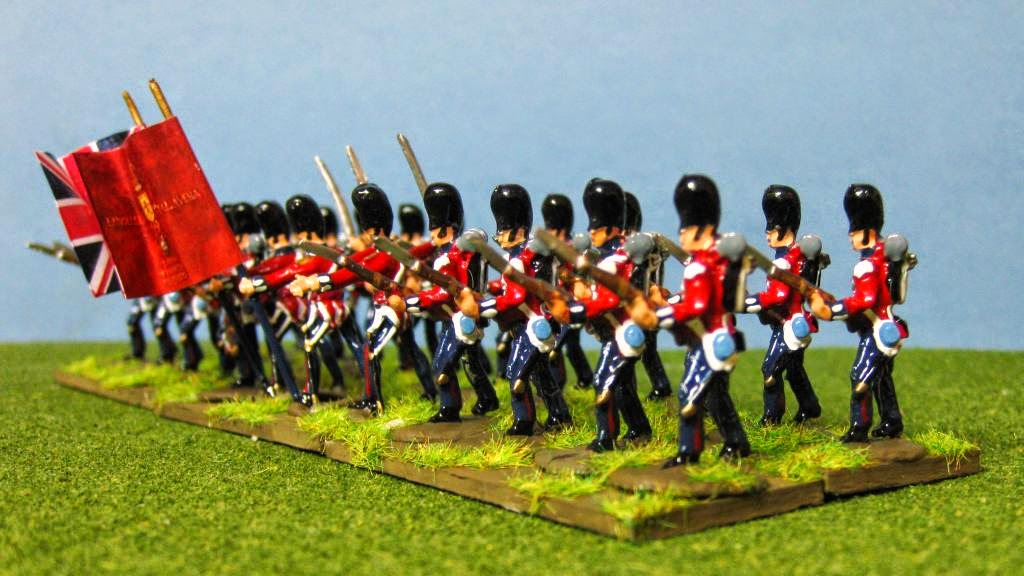 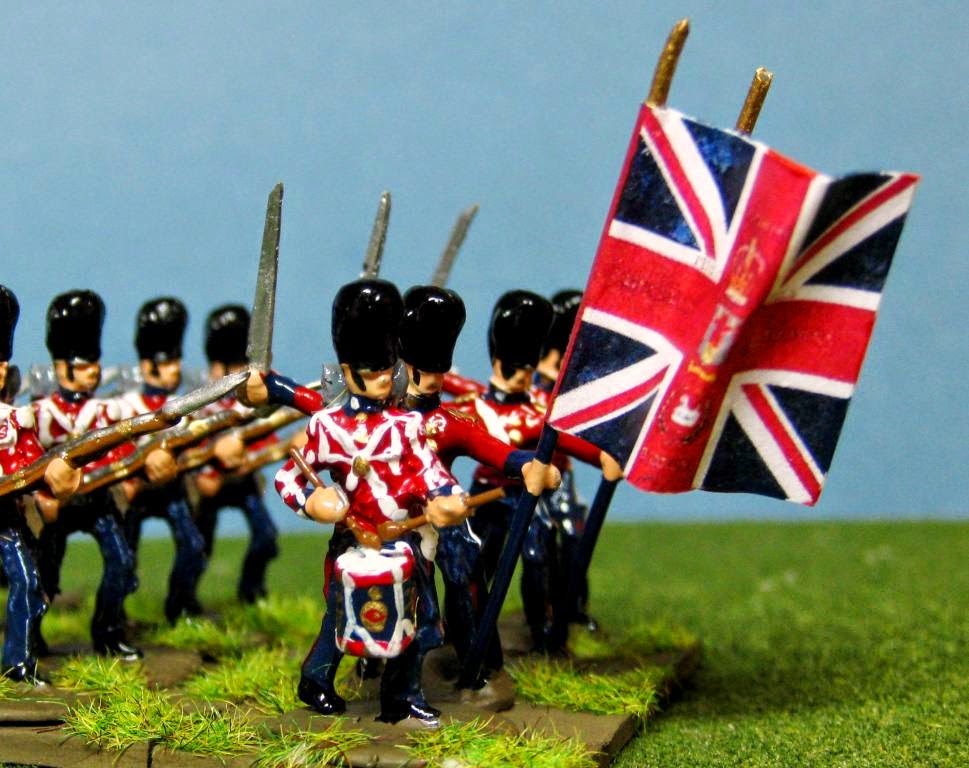 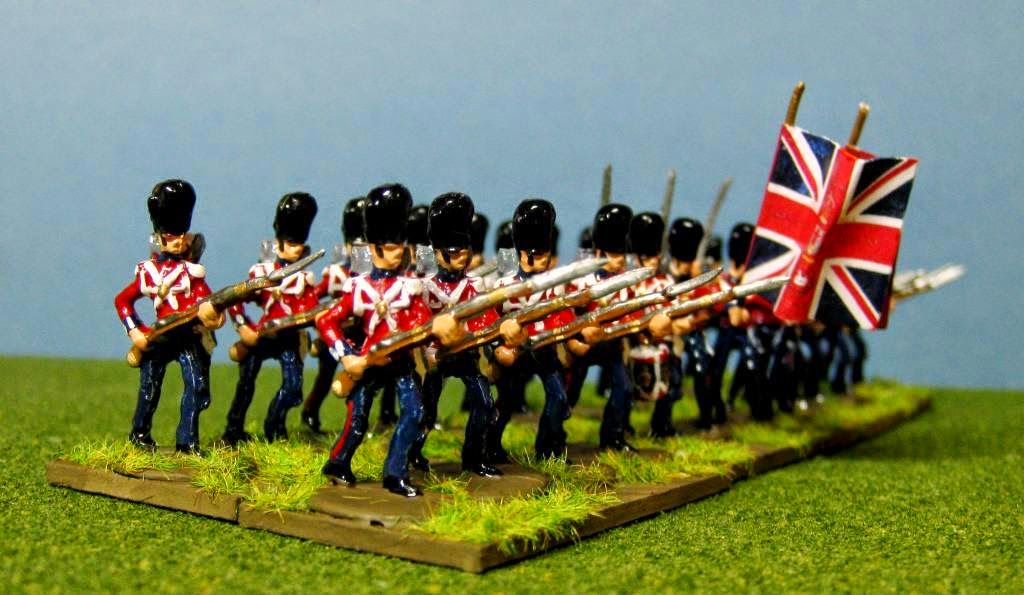 The drummer figure started as an ordinary guardsman with the rifle cut away and arms bent into  position. 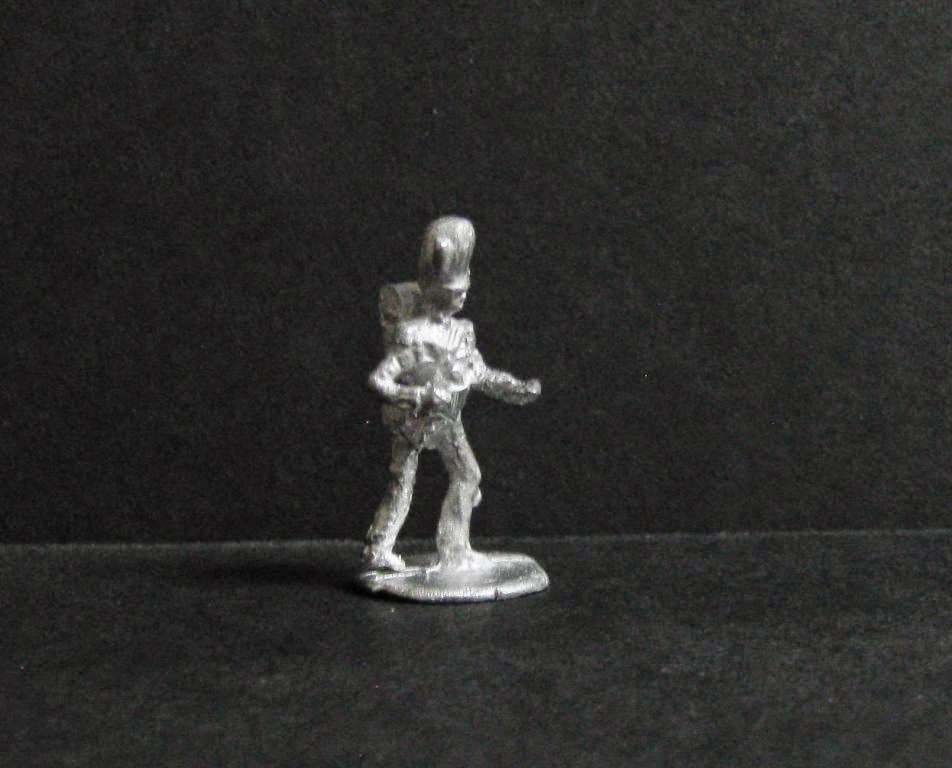 I then addedsome plastic rod drumsticks 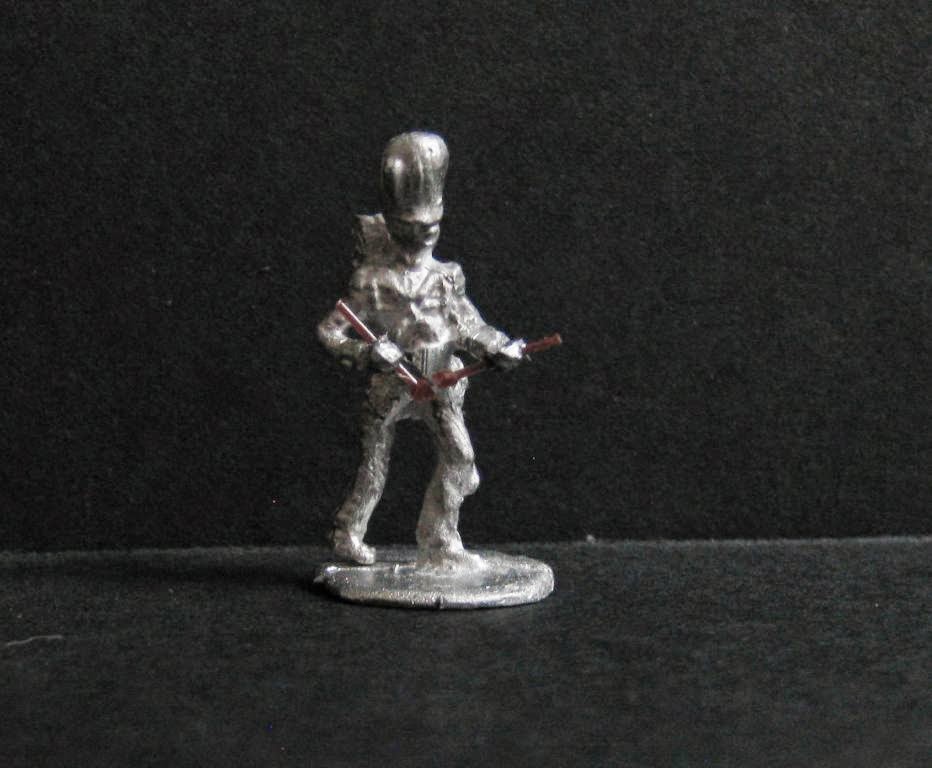 The drum was made from a roll of paper coated in pva glue. 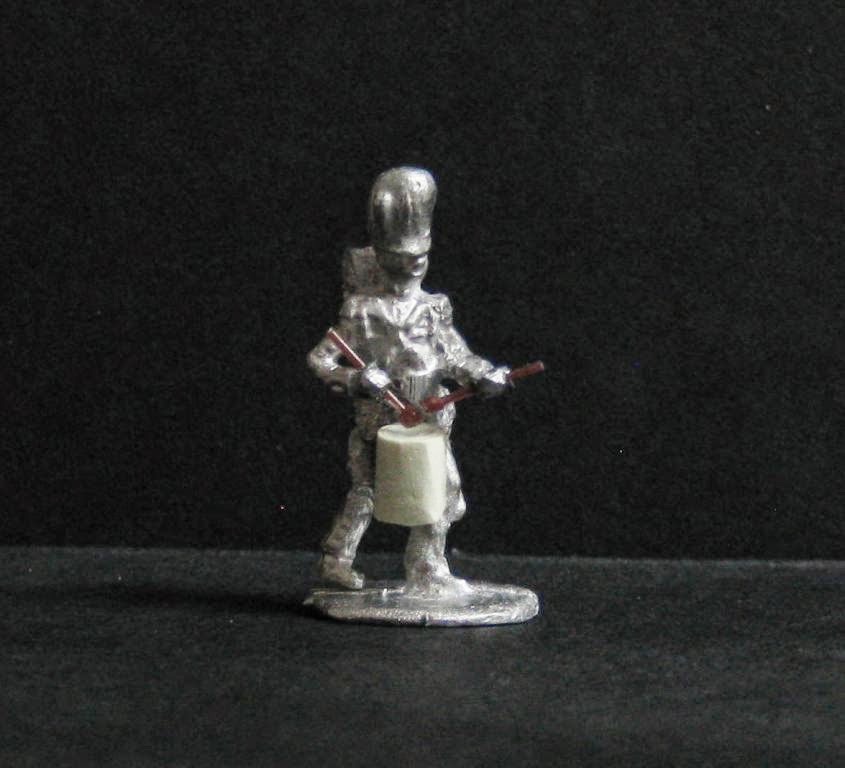 A bit rough and ready, but looks the part en masse! 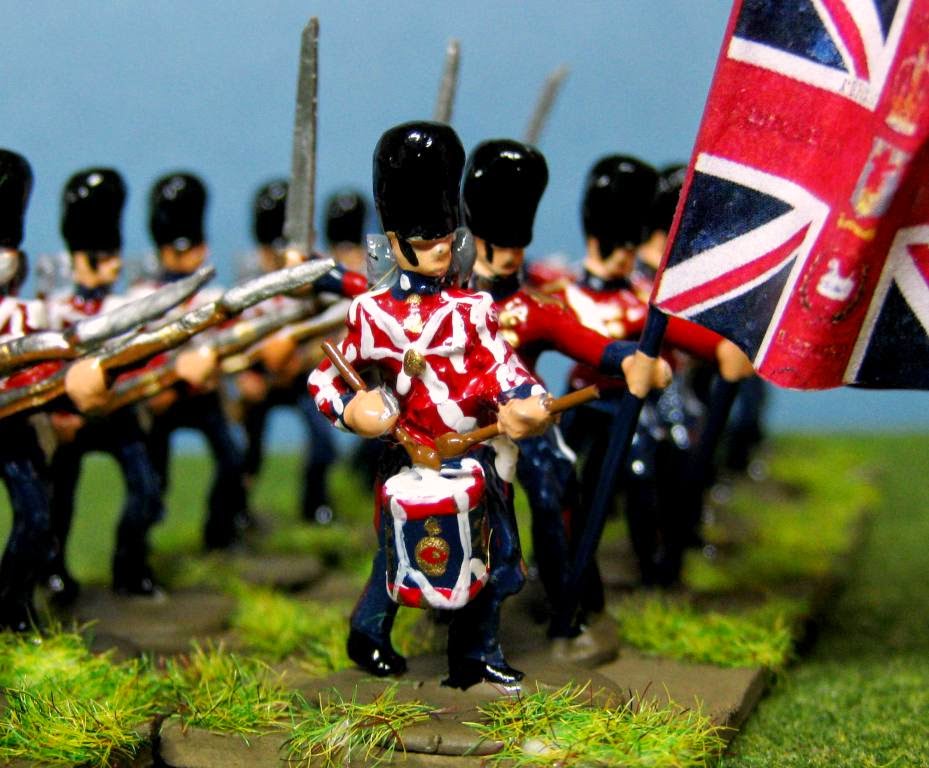