The latest addition to the British cavalry force is a painted unit of Douglas Miniatures B2, Scots Greys. These were fun to paint being a bit different, but I had real trouble with the swords. Most broke off and had to be replaced. The way I did this was to drill a hole into the sword hand having filed down the stump of the old sword. This hole can be carefully opened up to form a groove. The new sword is made from a thin strip of metal from the lid of a bean can, which can be cut with a good pair of scissors. The point is shaped with a quick trim and the new sword slots into the groove with some super glue to hold it in place. I decided that one figure should carry a guidon. This was sourced from the internet, sized and duplicated to get both sides. I added some cotton tassels, which were painted gold. 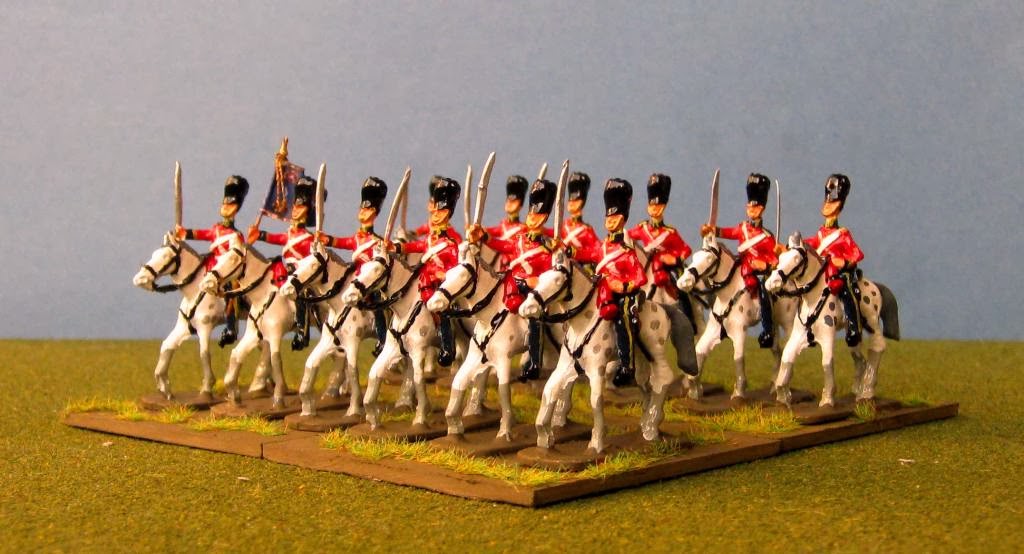 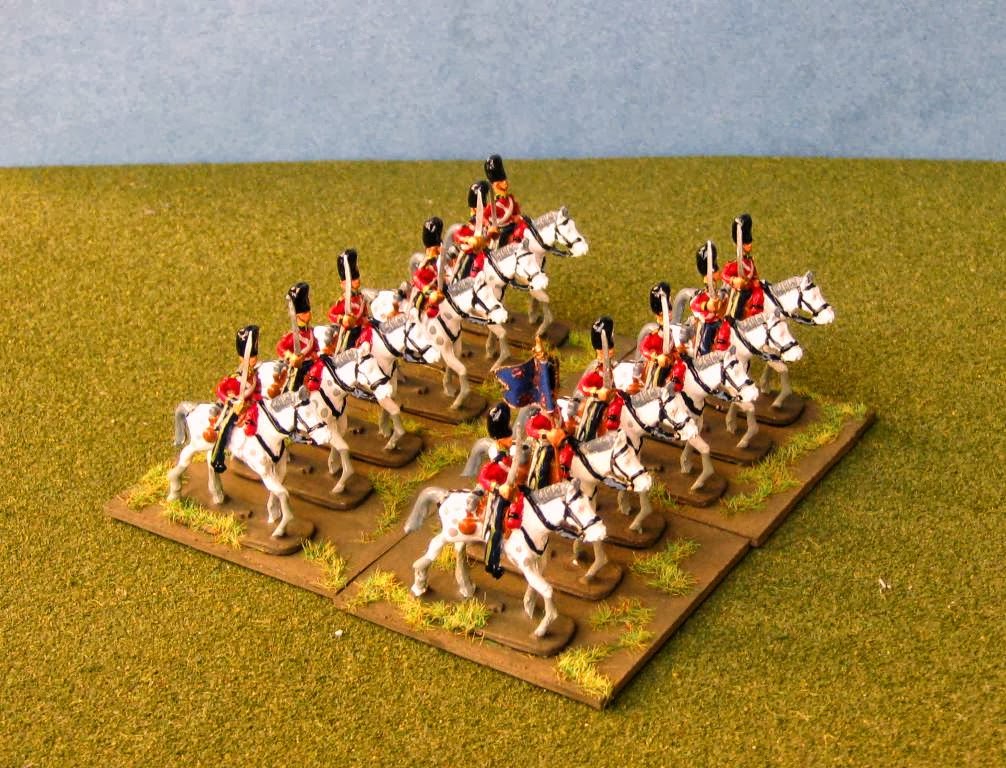 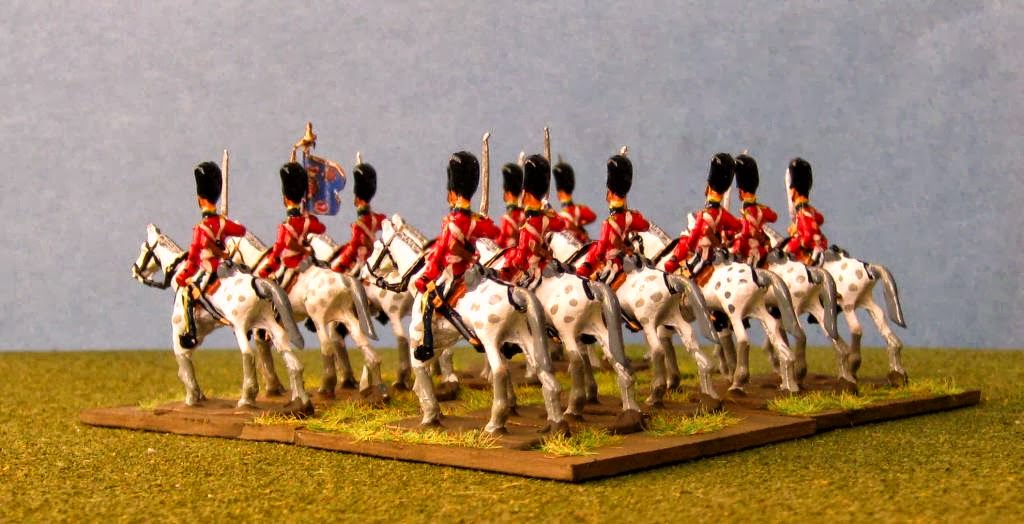